Released in 1993, the SNES version of Jurassic Park was developer Ocean's attempt to cash in on the wildly successful movie franchise. What they produced is a surprisingly innovative game when compared to most movie-to-game adaptations. Combining top down and first person perspectives and plot elements from both the movie and book, this particular version of Jurassic offers a unique experience to the player when compared to the offerings of other consoles. Taking control of the main protagonist Dr. Grant, the player sets out to accomplish assorted tasks in order to escape the island, all the while blasting any dinosaur that gets in his way. 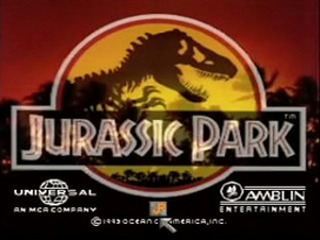 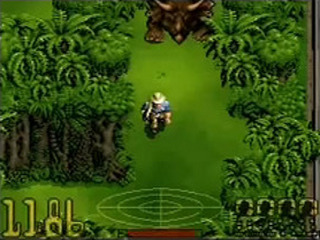 Much of the backbone of the routing for this run came from the run done by Patrick 'ev0lution' Seibert , Frank 'Nokia3311' Jahn, and Nicolas 'ZdadrDeM' Grosmann in 2009.

Where my run deviates from theirs is in using the NTSC version of the game, and implementing deathwarps into the routing along with general small optimizations. The NTSC version of the game has a faster movement speed in the overworld than the PAL version (used for the original run). Secondly the other major difference is exploiting the fact that every time you die you are teleported back to the entrance of the most recent building you entered or motion sensor post touched, allowing for intentional deaths to save much travel and backtracking time. The rest of the time is made up in simple routing micro-optimizations which combined manage to save almost 16 minutes on the run as a whole.

Apart from that, the core objectives remain the same and unable to be skipped:

One of the tricks I figured out for saving time is suicide-killing dilophosaurs during the ship clearing segments which allows you to complete the goal of killing all the dinosaurs while still achieving a death-warp. This happens twice - once at 06:50 and again at 37:03. The other little trick I learned is the ability to jump across the river if you get the right set up for it which can be seen at 38:34.

There are some tasks you have to complete (most of them in this order) to win the game:

In order to complete these tasks, you'll need nearly all id cards that can be found in the game (only Elli Sattler's id card is unnecessary) and use computers to request security level 1 (second computer, visitor center, first level) and 2 (ship, sub level 2).

In addition to these tasks, you have to collect all raptor eggs.

Most of the time the run is straight forward with some special situations:

- [00:14] Taking the rockets on the way back is faster because you have to kill the raptor anyway.
- [00:49] You can save time by jumping through the explosion.
- [02:35] The big mountain is one of the most difficult parts in the game, sometimes the compys can't be shot, sometimes they push you into another dino, sometimes you're stuck in the wall. By killing many compys at the first crossings, the later crossings are significant easier.
- [08:35] You can leave the rockets behind and take the shotgun ammo. This saves time at the entrance of the ship and you'll get a lot of rockets at the visitor center anyway.
- [09:15] Little mistake here: normally (95%) the diphlo walks parallel to you, in this run it stopped.
- [22:04] Seems like a wasting of bola snares but sometimes this compys can't be hit by the stun gun.
- [43:02] The game states (if you touch the grey motion sensor "laterns") that you have to destroy the raptor nest before killing all dinos on the ship, but thats not possible. You have to kill all dinos on the ship before placing the nerve gas canister at the raptor nest. That's why you have to visit the ship three times.
- [45:28] You can kill the last two dinos on the way back.
- [54:21] This dinos suck!
- [58:36] You have to be cautious at this part. Sometimes you get stuck at the bed and the whole game hangs up :-(