Released in September 2004, Katamari Damacy made history by being the first game to explore the controversial ethics and social ramifications of rolling cows up into a big ball. Short, fun, and with great music, it became a sleeper hit. 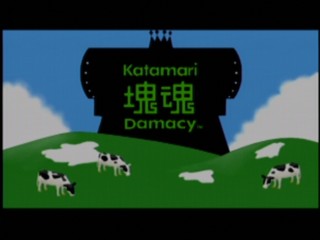 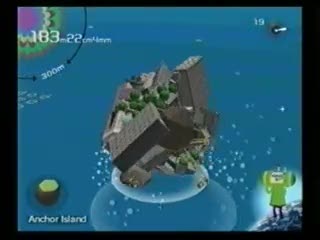 First and foremost, I've gotta say that Snapdragon's videos from 2005 were instrumental to me in doing this run. In most stages I did begin by practicing them a bunch without ever having seen Snapdragon's videos, so that my videos would be different from his, but then I watched his videos carefully and implemented all sorts of improvements into almost all the stages. And in some stages, like stages 1 and 2 and Make The Moon, the only reason why I deviated from Snapdragon's route at all was because I couldn't pull off some of the stuff he did. Truth is that before I watched Snapdragon's Make the Moon video, I had never completed the stage in less than 14 minutes! Snapdragon's videos are awesome.

Compared to the odd We Love Katamari single-segment, this video is very straightforward. I play through stages 1 through 6, then I have to pick up a little bear in Make Ursa Major to unlock stage 7 (at which time I made an ugly, funny mistake on the map screen), then I play 7 through Make The Moon, and then of course I roll up as many countries as I can (of which I missed one, sorry to say).

These were the times displayed at the end of each stage:

I started out alright in stages 1 and 2, but not spectacularly. Then 3 and 4 went really well. 5 got pretty ugly in several places, but the finishing time was still good.

6 and 7 were both bad, with very noticeable mistakes, and to top it off, I made a map-screen mistake in between them. Mistakes abounded; for example, when a swan boat was chasing me in Make A Star 7, I should have just gotten out of its way and waited a second. Instead I tried to pull off my maneuvers in front of it, and I got clobbered. I tried to return to my path, and got clobbered again. Instead of spending 1 second getting out of the way, I spent 5-10 seconds battling the darn swan boat. That was not smart. Then 8 went smoothly.

Then came Make A Star 9. Right at the beginning I tried to pull off my signature move, where I begin a dash just as I fall off the left side of the high platform, bounce once, and land right on the higher level next to the megaphones. But I botched it. True that only cost me three seconds or so, but it disappoints me that that trick won't be in the video. The rest of the stage was more costly than just three seconds. Little thing after little thing went wrong. I finished up at least 20 seconds slower than I would in a good attempt, and 50 seconds slower than Snapdragon did in his video.

And finally came Make The Moon :) Before this attempt I had never completed Moon in less than 7:40. But all kinds of little things went right, and I finished in less than seven minutes, within a half a minute of Snapdragon's time.

I used a "Katamari Damacy Tourney" I ran at a message board to motivate myself to practice Katamari Damacy over the last month. I thank Vix and the others at the message board very much for putting up with my messed-up tournament thingy. Again I thank Snapdragon. And I thank Radix and Nate for their work.

Katamari Damacy is a great, quirky game, and ever since I first played it I was itching to speed-run it. I finally got around to doing so - just in time for KD2 to come out!

The controls in KD are extremely random and imprecise, so I have to admit these runs look sloppier than I'd like. I was more interested in the strategy than in the execution, so I didn't spend much time repeating the levels once I'd finalized my route. There's definitely room for improvement in overall smoothness. The exception is the Moon level; I practiced that one for a while, because that's by far the most interesting level.

I'm sure others could find improvements on the routes that I take, but I think I did pretty well on my own. To the best of my knowledge, my times were all world records when the videos first came out, most by a considerable margin. I improved the Moon record by over 4 minutes. :) Of course, once people watched my videos, some of my times were beaten.

Welcome to my first entries into the world of Katamari Damacy videos.

I am treading down a road very well-paved by Snapdragon. Major thanks go to him for his videos; I used them to significantly improve my routes in Make A Star 4 and 5. Snapdragon's videos should live on; if you haven't seen them yet I strongly suggest you go to the Archive.org page and find the ones that have been replaced here with improvements.

Right in the last second of my 1:56 on Stage 4 I got an extremely lucky bounce to save two seconds.

I can never hope for my videos to become the classics that Snapdragon's are. But I hope you enjoy them anyway.