Appearing on the NES in July 1987, Kid Icarus was where the little 'angel' Pit first appeared. Armed only with a bow he takes on Medusa's armies and finally Medusa herself to save the Goddess of Angel Land, Palutena. Along the way, he fights a bizarre cast of enemies, including Metroid lookalikes, flying mouths, snowmen and the infamous eggplant wizards. 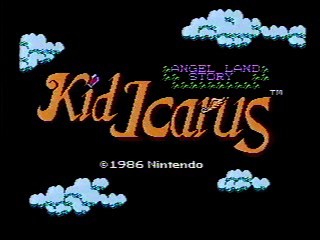 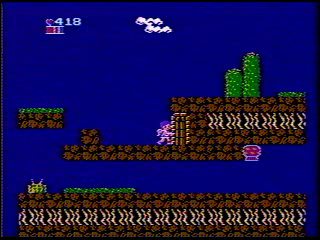 Probably going to be short and sweet here. That, or I'll paste in relevant comments from Jorf's run prior.

First off, this run has a skip the previous run didn't. You can skip the Pandora fight in 3-4. This skip was found by BadBrakes, so credit to him. Saves two plus minutes. My run is three minutes faster than previous run, so there are still other things that improve upon the time.

In order to get the upgrade you need to have 10,000 skill points after entering the chamber, which I barely get. These points are hidden from the player and different from the score shown in game. As they apply here, points are gained as follows:

Next trick is the rapid fire. Normally Pit has cooldown after each shot. If you duck, it eliminates the cooldown. Most prevalent uses of this trick is against bosses.

World 2 is a lot of memorization. Need to get to right side of screen to eliminate enemy spawns and to catch platform cycles.

Last major mechanic of note is the flying enemies in the game share a memory slot with the moving platforms. To keep a despawn from happening to a necessary platform, the flying enemy disappears when the corresponding platform spawns. However, that platform will, for a short time, take on the movement properties of the flying enemy. If flying enemy was moving right, the platform will move right when it spawns, regardless if its scripts has it moving left. Manipulation of this process yields faster climbs up platforms. 1-3 and 3-3 are major examples of this process.

Maybe my best quality run as a speedrunner. It deserves to be archived somewhere other than buried in my Twitch highlights.