Released on the NES in 1985, the side-scrolling beat 'em up Kung Fu allows players to get in touch with their inner Karate Kid as well as their inner midget-puncher. As black-belt badass Thomas, you face-kick and crotch-punch your way through a five-story dojo filled with enemies such as knife throwers, dragons, and midgets who love nothing more than humping Thomas's leg while sniffing his manhood. 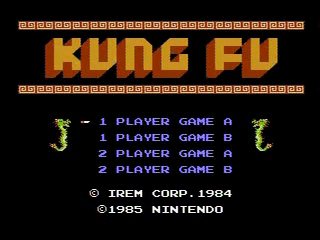 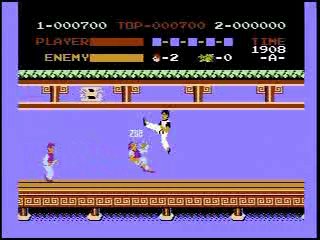 I have never beaten a game this fast. Kung fu could probably be beaten even faster. Probably under 3:50. But there is some more random and tight tricks to pull of. I'm so tired of randomnes in shitty old NES games actually so I wasn't motivated to try to get more luck then this.

This game would have three cathegorys for runs. A mode, B mode and A+B mode. I never bothering finish runs for all three because I guess the fastest would be most intresting. B mode is a little harder though. Maybe I got the chicken stample because of this. Maybe finish one in the future. The important thing from my point of view is only to get a good legit speedrun record posted for this famous old game =) (known as Spartan X in Japan I think.)

Anyhow. This is a cute run without very crappy mistakes, So I hope it give you a few minutes of entertainment.

The basics are simple. Don't stop moving if you don't have too and use the fastest and most critical damage on bosses. With some luck you will finish the game without dying.