Released in 1996, Leisure Suit Larry: Love for Sail! continues the theme of Larry getting dumped and then trying to find a new woman to have sex with. This time around he finds himself on a cruise ship where a weekly competition is being held, with the winner getting to spend an extra week on the ship with its captain in her cabin. Competitions vary from cooking to testing your sexual prowess, but Larry just isn't good at any of them. Also shipped with the game is the CyberSniff 2000, a sheet of numbered scratch-and-sniff paper, corresponding to a number displayed on the screen at a certain location, so that the player could get a scent of what the area the player was in smelled like. Many additional Easter eggs are included, so there is plenty to explore deeply. 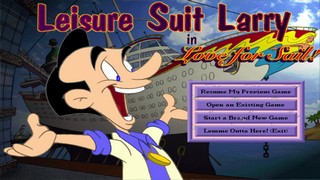 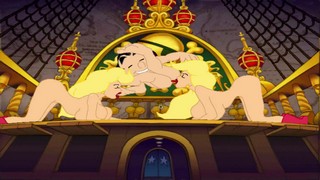 This is a single-segment run of «Leisure Suit Larry 7: Love for Sail» done in 31 minutes and 51 seconds on PC. Run starts when the cursor appears after you pressed "Start a Brand New Game" button, run ends when the game starts to fade out before the ship sailing away cutscene.

This run is mixture of the shortest routing and small tricks I found out recently.

1. Hotel (Shamara's apartments) firefighter speech skip. When you free Larry he will transition to the second part of the apartments (with a balcony door). Right after Larry's animation is ended there are several frames in which you can trigger "Other..." command, type Break and get out of there. Usually you need to listen to a firefighter first.

3. Vicky. There is no need to go through all the topics with Vicky, when you visit her second time you can type "lovemaster" and this will trigger Lovemaster competition part.

4. Quick fart in casino. When Larry's speed is set to a maximum level you can fart and scare all players before "James Bond" scene is triggered.