This standalone DLC for The Last of Us makes you play as a girl called Ellie, one of the survivors of the zombie apocalypse that we all know and love. On paper it's exactly like every other zombie survival game ever, but has believable and interesting characters and writing, not lagging behind in the overall solidity of gameplay either. 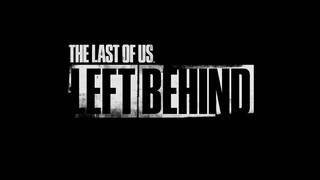 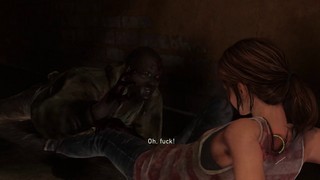 Wanted to do this run for two reasons:

1. Give the skip some exposure, it looks really cool.

2. Get a Last of Us page on SDA so more people will run/search for stuff.

The game has 6 chapters and with this glitch, we skip from the beginning of Chapter 1 to halfway through Chapter 5. It saves approximately 23 minutes on an optimized run.

I'll explain how the glitch was discovered since it's a pretty interesting one. I usually find browsing YouTube for "last of us glitch" with filters "this month" or "this week" to be rarely rewarding but I do it when my own glitch hunting hours yield no results. Usually people upload one of three categories:

1. A glitch that has been uploaded 100 times before.

2. Calling something a glitch when it's actually not.

3. Some pointless one where like the characters foot shakes for two seconds.

I put up with this because every now and then someone actually uploads a legitimate and interesting glitch, a diamond in the rough might you say. This is the video here: https://www.youtube.com/watch?v=WC0R-ugsS_0

This glitch was really interesting because it despawned the enemies and actually skipped that fight wave. It took me about 10 minutes to replicate and then I spent the next day or so trying to make it somewhat consistent to a varying degree of success. Originally I thought you needed the bow for the skip so trying this in Chapter 1 seemed pointless.

It was about 4 days later where I was bored that I tried the glitch in Chapter 1. I thought of subbing in the gun for the bow but didn't work. I then had a good idea to grab a brick and luckily it worked. This allowed me to narrow down what exactly caused it. While experimenting I noticed the back part of the level was unloaded so I went near it. As I got close the level loaded in and I began to feel sad until I just dropped straight into the floor and I went crazy.

I began thinking about stuff like "Oh wow what should I call this when I upload to YouTube?" but that thought quickly vanished when I realized that the Chapter 5 area was clearly visible. I tried many different areas at the side but Ellie wouldn't walk off. There was however one area that allowed Ellie to drop down after crouching past the stairs and I got the shock of my life when she fell onto solid ground and the Chapter 5 area loaded.

I've had so many failed glitches and skips that my expectancy wasn't very high. I literally jumped out of my seat when I went into the checkpoint and it said "Less than 1 minute ago" on the start menu. Many curse words were said at this time.

After I figured that out I spent about 3 hours optimizing the run and what ammo/health I would realistically need and there we are. Call that luck but after you spend as much time as me glitch finding and other stuff, you deserve to find something like this.

I run on easy mode because it's a speedrun. I never can understand peoples' fascination with running on any other difficulty when you are speedrunning, especially when it makes the run slower. I can only really understand it for the Metal Gear Solid series where you can obtain Big Boss rank. It's something you actually achieve (the ranking) to make it worthy of a separate category.

00:43: We do the glitch/skip. I'll briefly explain how it works. You need to be crouching and make sure you climb up at the very corner. As you climb up, you want to take both sticks and put them in a north west facing direction. This isn't the only way to do the glitch but it's the most consistent by far. I'm about 95% consistent with it.

After we do the skip, we are pretty much blind for 5 seconds and unfortunately it's the worst time since we need to navigate past a very poorly placed door. I've failed so many runs by just walking into a wall.

00:56: This is what I talked about previously. The area has loaded in but only graphically. The collisions load in about 4 seconds later.

01:03: This is the original area I found to drop down into. It's definitely the fastest and most consistent way.

01:08: We have to wait slightly before the stairs while loading or we get stuck in the stairs.

01:19: Waiting for the game to load the checkpoint in and position myself to collect health once it spawns.

01:29: We throw the bottle so we can alert the enemies as quickly as possible and gain sprinting speed for the remainder of the room.

The enemies that show up are complete trolls. Not once have I ever made it up without taking a hit or two. I take a brick for some insurance against the guy up the top who likes to shoot you while you open the gate. That part is actually the hardest of the run. It took me about 250 retries just to get something not awful. I made it out of the room 5 times in those 250 attempts. I could have played it way safer and kept my sanity but this is a speedrun and you are supposed to lose your sanity.

02:05: We wait for the ammo and health to spawn. We need this due to the second wave of enemies, see comments starting at 03:05.

02:23: A quick ammo grab and then we do the glitch to skip the first wave.

02:41: I go near this area and aim because I feel like it loads the area in slightly quicker.

02:53: We can't just press Triangle right after the glitch because the game hasn't fully loaded it in yet. If we press Triangle then Ellie runs off to the side and dies opening an invisible shutter. I've tried pause loading but that crashes the game. The cue to press Triangle is the items spawning (I use the bricks on the floor as my reference). The bricks spawn in at 02:59.

03:05: The start of the second wave of enemies. Unfortunately you can't skip these with the glitch as they need to be legitimately defeated before the final wave appears. We get some headshots and then at 03:29 we attempt the glitch. The cue for the final wave is the subtitle, "Oh, f**k! Infected!".

I made a slight error by dropping down to the lower platform. Put this down to nerves/bad at the game. That cost me about 4 seconds but the only real mistake of the run really.

03:38: We restart checkpoint because if we go back to the door and open it, the next area loads but we control an invisible Ellie and Riley does not spawn. The gate does not work either so you are basically stuck.

The rest of the run is normal and nothing interesting to comment on. Just go fast!

One last idea I have to improve the run. Since this proves that Chapter 1 and 5 are linked, it's not a big stretch of the imagination to assume that Chapter 6 is. The hope is that Chapter 6 is somewhere on the same map and we can get to it. If that was somehow possible, the run would be sub 3 minutes for sure. If not something like this, then finding a way to get out of bounds sooner in Chapter 1 would save about 30 seconds depending on when/where you did it. You can actually skip the guys at 01:29 and have a safe path but it's slower since you need to load in the previous area of Chapter 5 which means more crouching.

After watching this, you are probably wondering about the main game. I have found a skip in Bill's Town where you can skip the trap (saves 3 minutes): https://www.youtube.com/watch?v=rdcy4kWXASs

There was also a potential huge skip found by me and Freako (another cool guy) where you can almost skip the hotel, basement and the financial district fight... but no checkpoints are loaded: https://www.youtube.com/watch?v=dxq_z4KwF9g

The plan is to get further by finding another out of bounds glitch and the game should progress according to plan (the next area is behind the wall). If this works it's an easy 7 minutes saved, probably more.

This shows us that huge parts of the game are on the same map and something crazy could happen with more out of bounds stuff. I have actually once got the ranch area to load in by taking a different angle but the problem is that you lose all control once you swim out so you have to preplan your angle and it takes so long to test everything. I still have hope of hitting a checkpoint here. If this worked it would save about 10 minutes.

I hope you enjoyed the run and thanks for watching and reading these comments.