Released in July 1991, The Little Mermaid faithfully recreates none of the scenes and songs from the movie, which is probably a good thing, because "Under the Sea" is bad enough without the NES sound chip. Like the other Disney games released by Capcom, The Little Mermaid has responsive controls, easy difficulty, and simple yet fun gameplay. 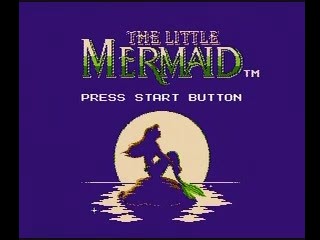 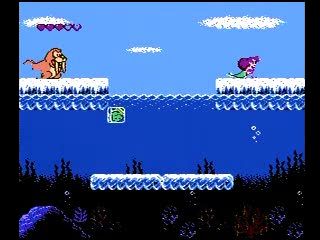 Hi. This is my first speed run. I think I can still improve it by a couple seconds since I did make a few minor mistakes, but this is my best run yet.

The game itself is very easy. However, the bosses are really random so it makes the game hard to speed run. Enjoy.

Thanks to Josh Styger for showing me a helpful trick that saved me a few seconds.

Also thanks to AnS for his tool assisted run that showed me a couple of tricks.