Released in August 1991, The Lone Ranger features platforming, bird's eye view, and first person shooting segments (during which you can use the Zapper). The Lone Ranger is out to get revenge against Butch Cavendish, the man who killed his brother and father. 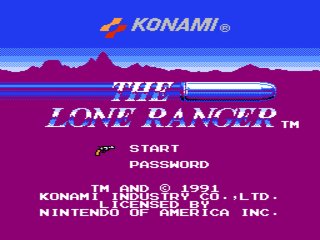 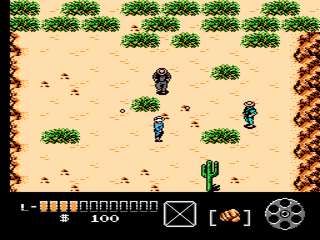 Man, I love this game. I call it one of the "lost classics" for the NES because it never became as popular as it should have. There's a wide variety of gameplay, and it shines in almost every area, from Zapper shootouts, to 3-Mazes, detective work, and straight-up platforming. It's also a hefty challenge...very difficult to complete this one without a continue.

There's a bit of strategy to this run, as you need to go shopping every once in a while to replenish your bullets. You have to decide how much time you want to spend earning money, so that you can strike a balance between running fast and running on empty.

Overall, this is one of my cleaner runs, though I'd like to have back the first part of Area 6 (Clara's kidnapping). I lost about 15 seconds from missing a jump that sent me down into a dead-end room. Some other places look like mistakes, but are not, like when I get hit while climbing the stairs. Sometimes it's faster just to run for it and take your lumps.