Lost Planet: Extreme Condition was released during the spring of 2007, taking the player to a frozen planet where humankind fights a battle for survival against the Akrid, a fearsome insectoid alien race. Humanity really needs the planet for a new home, so they start to use the mysterious "T-energy," extracted from akrid corpses, as an energy source for their weapons, battle mechs, and life support devices. The player takes the role of the young man, Wayne, who wants to avenge his father who was killed by a huge akrid known as "Green Eye." He's ready to join a group of snow pirates to get his chance at revenge. But soon it turns out that humanity's biggest enemy is not the akrid, but itself. Wayne and his pirate friends have to stop the Frontier Project before it wipes out the entire planet, along with all of its inhabitants. 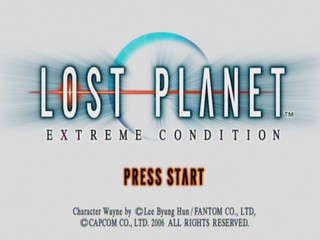 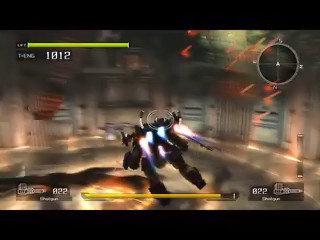 First I want to say thanks to the whole SDA staff, and to the people who made those great runs.

I started this run in May of 2008, right after I first had played the game. I had a complete set of records in August, but I wasn't satisfied with it, so I improved some levels in January of 2009. I want to state here, that none of these times are perfect, all of them could be improved with more luck. I planned all the routes and discovered all the shortcuts myself, except a part of Mission 01 route, almost the whole route of Mission 09, and the VS-saving trick on Mission 02. I want to thank Psychochild (for Mission 01 and 09) and Billay (for Mission 03) for their great work, and tricks/tips they shared.

There's not much more to say, I simply had to master the usage of the grappler hook, especially the move what we can call the "hook-zip", which has a few types, depending on the height difference mostly. However, I think I should say a few words about the bosses, because they can be the biggest time-wasters, and they often ruined my good attempts.