Released in August 1996 for the SNES, Lufia II: Rise of the Sinistrals is a prequel that ends with the bittersweet intro to the first game. To this day it is known as an extremely innovative and heartfelt game that was far ahead of its time. Perhaps the most enduring features are the unusually clever dialogue, a console take on the "roguelike" genre in the form of an optional dungeon, and puzzles that still remain the gold standard for RPGs. 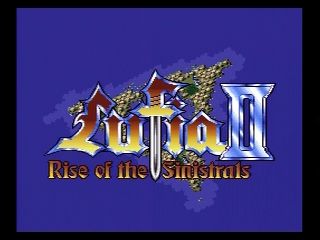 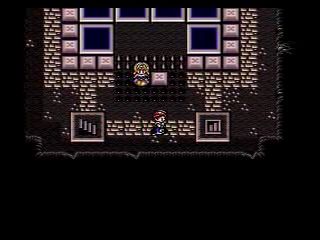 Rather than bore everyone with a segment by segment breakdown, I'll just answer a few probable questions that will arise from watching this. (That and I'm lazy and don't feel like typing a lot)

Q: Why did you do (insert action that didn't make a lot of sense here)?
A: Manipulation. The RNG in this game works based on movement/actions of the player/enemies. By moving in the same pattern and always performing the exact same actions in battle, I could plan entire segments in advance. Anything I do that may look weird was done for manipulation purposes (usually to make something that comes later more favorable).

Q: Are you sure you needed everything you picked up? There were some that you just sold.
A: Yes and no. In my test run I determined more or less everything I was definitely going to need. But in the real run some things happened a little different resulting in slightly altered needs. I didn't need anywhere near that many Big Boomers going into Tanbel Southeast Tower for example. I also wound up with more money at the end than I had in the test run, but some of that was due to different purchases.

Q: Switching positions in battle?
A: Two reasons. First, the back row has reduced physical damage by a factor of 25%, both giving and receiving. Second, Sometimes enemies would target a specific position and the character that was there either wouldn't survive it, or I'd need someone else to take the hit for IP purposes. That also explains why I sometimes move characters in the same row.

Q: Are the bosses really that easy?
A: If you know how to exploit their weaknesses, then yes.

Q: Why didn't you do the World's Most Difficult Trick? The Lizard Blow you get from it would have been extremely useful against the Fire Dragon...
A: Even if I had the solution written down next to me while doing it, it'd still take me longer than going after the Freeze Sword in Shrine of Vengeance, even with the added damage/IP.

Q: No Capsule Monsters? Blasphemy!
A: I can't feed them, so they'd never evolve. Also, their stats aren't very impressive (especially un-evolved), and they'd be more often than not wasting time with their turns in battle.

Q: Tarantula looked like he gave you a hard time...
A: Yeah, I have to rank him as the hardest boss in the game.

Q: How long did it take you to get those enemy item drops?
A: Eagle Rock: 20 Minutes, Catfish Jwl: 2 Weeks, Camu Jewel: 5 Months!

Q: What was up with you walking on air in Gratze Castle Basement?
A: There's a missing boundary there, which allows me to walk off the intended ground. By doing this I'm able to save time by not having to solve the puzzle to get the Key.

Q: Any chance you'll do a Retry/Gift Mode run?
A: No and No. Ask Enhasa on the Gift Mode run, though.

I'm sure there's some questions I missed but I'm too lazy to think of any more right now, so feel free to ask any I missed.