The Magic of Scheherazade was released in 1989 by Culture Brain. In this extremely underrated game, based loosely on the tale of Scheherazade and the 1,001 Arabian Nights, you play a time-travelling magician who Vince McMahon Power-struts his way through four sections of Arabia to rescue his sweetheart Scheherazade from the evil magician Sabaron. The game combines overhead Zeldaesque exploration with turn-based RPG battles, an innovation rarely seen to that point or since. 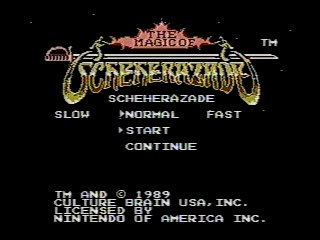 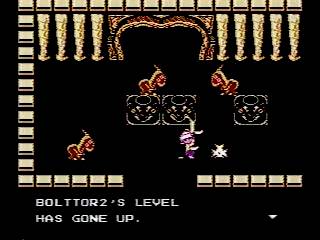