Released October 29, 2007, to much controversy, Manhunt 2 is very similar to the first game, yet not actually a direct sequel in terms of storyline. This time you take the role of Daniel Lamb, a man struggling to recover his past one clue at a time and to uncover the truth behind his involvement with a secretive and powerful organization known as The Project. They will stop at nothing to kill him to prevent any information from getting out, sending countless men to kill him, none of which have any sense of night vision and are easily duped by hiding in thin shadows cast by walls and other smaller objects. Manhunt 2 was a potentially great game butchered by the last-minute censoring Rockstar was forced to do. It was also banned in the United Kingdom, because UK has become known as the "nanny state" and hates everything. 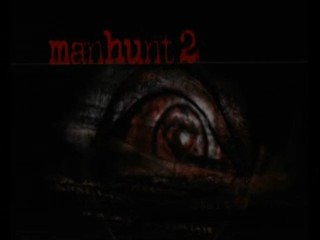 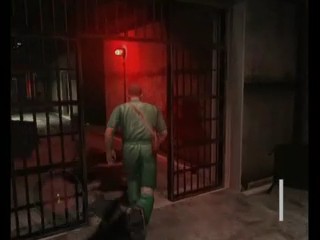 Note: The Wii and PS2 versions are separate categories due to various differences, including enemy AI and placement differences.

PLEASE DOWNLOAD THE MP4 VERSIONS OF THIS RUN FOR THE BEST LOOKING RESULTS.
Sorry about the caps fury, just has to get your attention and make sure you read that important message.

This is the chronological order in which the levels are completed (past/present timeline excluded):

When I thought about speedrunning this game, the first thing I did was make a list of the levels in order of the difficulty I had with them during my first play-through, also taking into account the amount of planning and restarting I'd have to do, just off the top of my head:

I've posted a revised list at the end of the comments. See if you can guess by what I say and the videos you watch what the revised list looks like and where each level winds up.

If anyone wants to beat this time, they just need to pick up the PS2 version, which lets you skip all the cutscenes and even the kill animations. I can understand the Wii version not allowing you to skip the killing, but why still make us watch the cutscenes? This run would easily be under an hour if I could just skip them. Well, maybe not so easily...

Yes, I tied those three for first place because they were all equal in terms of level difficulty, enemy cooperation, cutscene length, and low possibility of pulling off hard tricks.

In closing, I'd like to thank Mortyre45 and Fakk for their Beta speedrun videos of this game. I learned a lot from them. Of course, some of the stuff they did I wasn't able to do in the finished product, but I was surprised by the stuff I could. Mortyre45 also provided a lot of amazing level runs for the PS2 version in a thread in the Newer Consoles forum section for me to learn from.
I was thinking about thanking Radix, but since he hasn't been seen on SDA for the longest time, I figured that he wouldn't even know if I did or not. He is nothing but the Dave Thomas of this website now. He founded it, set a good example, and retired, leaving others to carry on his vision. I will thank those people instead:
Mike
Nate
DJGrenola
The guy who took over for DJGrenola
The British guy who used to moderate the forums and always seems to be angry.
Philip Cornell for Anri-chan.
The SDA speedrunners who keep me entertained and astounded with their work.

See you guys again soon, depending on how much my next run wants to cooperate.

Just kidding by the way Radix, I love you man.