The third installment of the popular Mario series came out in February 1990 and introduced many new ideas for Mario games: a world map, usable items, and the ability to fly. Mario must fight Bowser's seven kids in his quest to save the Princess from another kidnapping. 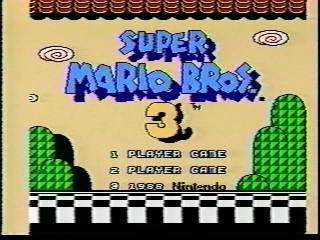 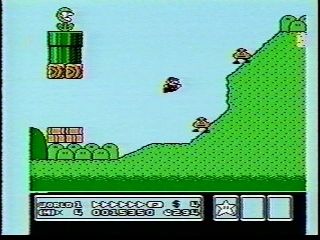 I'm realy happy whit the result of this run.This is one of my baby project I've been working on for 2 month for now and I'm glad that I can show it now.Note that this run is far from perfection and there still place to save time.

Here a quick basic explanation about the 7-1 glitch that allow me to warp to the end of the game.I manipulate enemies on a certain pixel to allow the game to read some instruction to warp to the end of the game.The plants doesn't matter for the execution of the glitch but I actually need to kill them or unless it will interfer the memories values.The 4 koopas are the hard part that I need to get them to the right pixel or unless the game will crash.Being one pixel off will make the game crash.I will try to improve my time in the near future whit trying to figure out a faster way to get the right values whit the koopa.

I would like to give a big thank you to Lord tom who has been working with me on making this run possible. Without him, this project would have been dead. Also, a big thank you goes out to Kirua for helping me with the any% route and trick.

Credit goes to Breckish, my love slave, for the nifty intro/bloopers/credits sections.

This is a "100%" run through the Mario All-Star's version of Super Mario Brothers 3, which contains updated graphics and sound compared to the NES version. I play every stage and defeat all wandering hammer brothers and the piranha plants in world seven. No whistles, hammers, or clouds were used to skip any part of a world map. I play using Twin Galaxy's rules, which means I do not abuse wall jumping or warping through walls or other barriers.

Although this is a faithful adaptation of SMB3, it does differ from its NES predecessor in a couple areas. Mainly, the proportions of some of the stages are slightly off in some areas -- slight enough to make some tricks impossible from the NES run. I really didn't notice until I started running and comparing it to the emulated run.

Speaking of which, I have to thank the guys over at Bisqwit's site. The runs over there were quite useful to me and I tried to mimic their moves as closely as possible.

Let's get the general strategy out of the way. First off, I need to be mindful of the roulette box at the end of each stage. Netting three of the same card triggers a fireworks/celebration sequence that eats up 10+ seconds, so that must be avoided. Generally, running full speed will earn you a star, so if you see me slow down, jump a lot, or generally act goofy near the end it's because I'm trying to earn something other than a star.

One thing to keep in mind when watching this run is that some of the enemy positions/actions are somewhat random. Boomerang brothers and jumping cheep-cheeps, in particular, are quite unpredictable. Sometimes enemies don't even spawn where they're supposed to!

In worlds 3, 5, and 6 I need to be careful not to turn the wandering hammer brothers into magic coin ships. Basically, if you get your coin total to be a multiple of 11, an even time, and the ten's digit of your score to match the digit of the coins (e.g. 77 coins, score of 171) then the hammer will become a ship. This basically means the end of my run and has happened maybe 10 times on accident (especially in world 5, where the lakitu and his spikeys give coins as you finish the level).

Let's get down to the nitty gritty:

In the Fortress, it's possible to grab the leaf with a full p-meter and instantly fly to the top. Unfortunately I only pull this off every 20 runs or so. That saves about five seconds.

No big complaints from me here! I did hang on to my fire flower a long time, though, so I had to take some hits so I could be small for the pyramid stage.

3-2 is kinda scary due to the freaky cheep-cheep hit detection. Sometimes the piranha plant at the end doesn't spawn for some reason...but it does here.

Laugh at my hammer brothers misfortunes -- more embarrassing than a time waster, though.

In the first fortress, that high jump is possible. No biggie that I missed it, though, since it seems 50/50.

3-4 was solid until where I forget to jump over one of the hills. Maybe only costs me a second, but makes me look too cautious.

I lost two seconds on 3-7 because I slowed down a bunch to NOT get a star at the end and got a star anyway. Boo!

Aside from a couple of lost seconds on 4-3, this was an excellent run through. Speaking of that stage, the giant hammer brother at the start is random -- sometimes he'll remain on the ground, sometimes he'll jump, so I have to have good reflexes to not get hit.

Is it just me, or is Iggy's ship the slowest scrolling level in the entire game? And wow at me getting hit against Iggy himself...that looks so wrong.

In 5-2, the original idea was to slide down the hill and then bounce off the goomba's head. However, this was deemed too risky by experience, so I decide to take the 2 second hit and do the normal jumps.

Hammer Brothers got rocked. I HATE THEM! They burn the precious!

I lose my raccoon power on purpose in the second fortress so I can do the awesome looking running + jumping off Lakitu's head trick in 5-8. Unfortunately, I jump one platform too soon and I fail miserably and look like a friggin' idiot. This, combined with the fact I set off the fireworks at the end, made me want to restart. I lose 10 seconds from the fireworks and maybe three seconds from the rest of the stage...the only huge, regrettable stage in this run. Did you like my improvised play after taking the hit?

And yeah, the way I got the last two stars was really strange. I am in a statistics black hole!

Oh boy. When I was little and got here I considered myself in strange and difficult territory. This ended up as a graveyard of good runs, although not where you may think.

Keeping the fire power was crucial for the speediness of 6-6, a horrible level that ended many promising runs.

6-5 is also scary because of the beetle that throws the stupid block. That also ended some runs. Luckily, all went well.

6-10 makes me very, very nervous, just due to the numerous pits near short, icy pieces of land and the beetles and the spinning platform and...and...

In the third fortress, at the last obstacle before the door with the triple boos, I know how to get past -- simply run across and then jump the last boo in the floor. Yet, almost every time I run it I think, "This time will be different! I must jump to save myself!"

Lemmy is supposed to be insanely easy yet I get hit -- how embarrassing. I'll blame poor hit detection on that stupid ball and move on. =]

This is where my huge supply of items comes into play. In this world alone I use 3 p-wings, 4 invincibility stars, and a mushroom.

Yes, I was very frightened of getting another star animation on 7-1. I may not have restarted right then and there -- I would have finished for practice -- but I wouldn't have submitted it.

IMO, 7-8 is by far the most difficult normal level in the game -- hence, the invincibility and the use of the pipe to skip most of the above ground action.

The second fortress is, in my estimation, the most difficult one in the game, what with the fireballs and lava and pipes and ghosts and balls of death and the falling pipe jump and the small Mario vs. big Boomer in the small area and ...and...yeah. Many promising runs died here. Can you taste my fear as I attempt to extract the star from the block?

I was an idiot on the ship with the screw platform and the flame gun.

I hate scrolling levels with a passion, therefore this world doesn't sit very well with me. It would've been comical to die in one of the hand stages, maybe due to a cheep-cheep or some such. The two normal stages are handled with easy strategies. The only real hackle raiser is the fortress but I've played it so much it's almost automatic. Still, dying to the Boomer on the scrolling floor would've been quite soul crushing.

Why couldn't I enter the damned pipe in the first hand stage?

I think most of these speak for themselves, except for the one where I die inside the pipe. That had me so confused and lost. The only thing I can figure out is that I went through the pipe "too fast" and got "caught" against the scrolling wall and the game considered that dying (like if you stand behind a wall and let the level scroll you to death). That's the only explanation I can think of since I went from raccoon Mario to dead instantly. I've gone through that pipe hundreds of times since and haven't been able to recreate it.

I included the Ludwig fight because it was humorous that I almost died because I couldn't shake out of the constant earthquakes and because I thought you may find it impressive how I barely dodged all the wand attacks as small Mario.

The Hammer Brothers death is the best because I make so, so many mistakes in such a small timeframe.

What's up with the flash of the Goomba? That's Breck's sense of humor -- too much fight club viewing.

Yes, one of the bloopers was "faked." The one where I have 4 lives on 1-6. I used to perform that strategy before I found out how much easier the leaf is and that happened to me maybe 50% of the time...I thought it was too funny to leave in the mists of time.