Released in November 2005, Mario & Luigi: Partners in Time is the sequel to the successful Mario & Luigi: Superstar Saga. Not satisfied with poltergeists, Professor E. Gadd has created a time machine. The first trial is (of course) made by none other than the Princess. She is predictably captured, and Mario and Luigi must team up with their baby selves to repair the time machine, put Baby Bowser to nap, and rescue the princess from an alien race called the Shroobs. 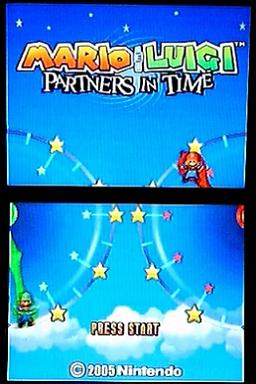 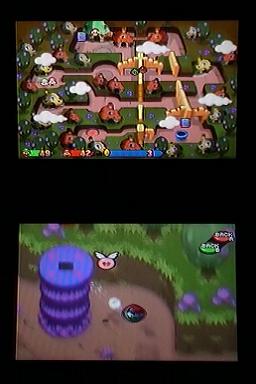 First of all, thanks to everyone who works hard to maintain this site. This might sound superficial, but I'm really grateful for all of them.

Also, thanks to everyone who helped doing this run. I won't name everyone, since I can forget someone and hurt their feelings =p; but special thanks to Kyanrute, who gave an initial idea of a time, and helped on the first run.