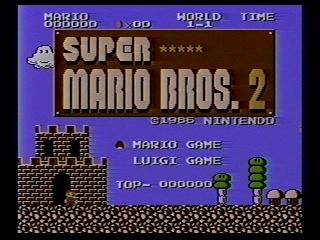 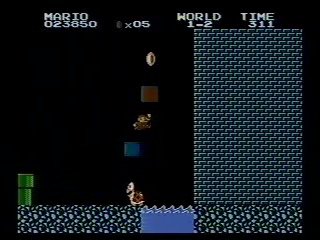 Runs on the Wii/Famicom version:

1-1 - perfect
1-2 - 1 game unit off. I brushed against a wall towards the end. About half a asecond lost.
4-1 - perfect
4-2 - perfect
4-3 - perfect
4-4 - 3 games unit off? I know there's about a second worth of mistakes here because I didn't use a riskier method at one point. I also slowed down a little bit right before Bowser.
5-1 - 2 game units off. I accidentally messed up jumping up stairs, but I made a good recovery. I Lost about half a second here.
5-2 - This ties my best time here, but I feel it's improvable in some way.
8-1 - 5 game units off. A few mistakes... I mistimed a jump right when the wind started, losing probably 1.5 seconds. I also slowed down before the large gap, a little cautious wasting 1 second or so.
8-2 - 6 game units off? I really messed up at the vine, it can be executed much smoother. I think I lost about 3 seconds here.
8-3 - perfect
8-4 - 5 game units off? I know there's some room for improvement. I slowed down before the 2nd lava pit because the Pobodo would have hit me had I not here. It could have gone better though. I got really lucky in the last room where both Bowsers just jumped over me. This was fantastic. I say there's 2 seconds of improvement here. There may be a way to gain an additional 1-2 seconds in the water area.

Overall, this run was really nice. With my current strategies/knowledge, I would say there is 6-7 seconds I could have made up. A time of 8:06 would probably be a perfect run for me. So there is room for improvement. It's just really difficult to pull everything off in one run, but I pulled off the majority of difficult tricks here. :)

Two words sum this run up for me: Zero Deaths. I'm not much of a speed guy when it comes to Mario games, but this game is so tough that I'm willing to bet that we won't see perfect runs through The Lost Levels anytime soon. Therefore, I put a premium on survival. The speed is decent enough for now, but I can do better.

I only used a mushroom once (in B-4 just prior to warping to D-1). I don't trust the hammer bros at the start of D-1 not to spoil everything by standing on the wrong level. The jump just after is almost impossible if you're small, but you can simply break through to the top of the bricks if you're super. Okay, technically, I also used a mushroom after 8-4, but that one's for free when you reach the first princess. :)

First, I am very sorry for my poor English. I sincerely ask for your kind cooperation.

As to method of the warp and strategy after the A World, I referred to Brandon 'Grimslade' Coker, who is the former record holder. Likewise, I referred to Japanese Players. I offer my appreciation to them. Thank you.

In performing speedrun of this game, I think there are two points.

1 : About a direction taking the flag of the goal
When you take the flag of the goal in the state that a character turned to the left, time to going down from a pole to the ground shortens. So I make a goal in a state of the turning left as much as possible.

5-1 : You can get on expensive wall of the last of this level without hitting invisible blocks by stepping on turtle. A timing of jump is difficult, My success rate is 50%.

8-1 : You can pass through under the second hammer bros without stoppig. But the success rate of the technique is low. So I flied over the top of him, however it is a time loss. At the last of this level, I failed to getting on a block and it becomes a time loss.

8-4 : At the screen after the water section, I was caught on block over a pipe. I was uncertain if I could pass through under bowser, so I stopped before him for safety.

A-1 : At the end of this level, I performed the TIME count adjustment to avoid fireworks.

B-1 : At the midlle of this level, I accidentally stepped on goomba and stopped.

D-1 : I got the mushroom at middle of this level so that I raise probability to pass D-3.

D-2 : There are two misses. Caught on stairs at the first of this level. Impelling force of the last jump of this level is not enough.

D-3 : At the middle of this level, I tried to fly over the top of hammer bros and hit the hammer. Choice to get a mushroom in D-1 worked.

D-4 : In the outdoor segment, I was caught on stairs. It was intentional adjustment of timing. Because I have to land on pipe in a timing that piranha plant is in a pipe.

This is a warpless speedrun of Super Mario Bros. The Lost Levels using the Super Mario All-Stars.

When doing this speedrun, I referred to Japanese and overseas speedrunners.
I offer my appreciation to them. Thank you.

5-1 : I didn't use a hyper-jump technique at the expensive wall of the end of this level, although it makes 2 or 3 second loss. The technique is accompanied with a death trap.

7-3 : I failed to get on the last Jumping Board and it became a time loss.

9-1 : At the end of this level, I slowed and adjusted TIME count to avoid fireworks.

A-4 : At the midlle of this level, I was not able to jump while squatting down and hit Podoboo.
At the end of this level, I could have pass through under bowser. But I felt that it was dangerous and have stopped.

B-1 : I got the mushroom at the middle of this level so that I raise probability to pass B-2.

B-4 : I could have pass through under bowser. But I have stopped for a sense of fear.

C-1 : I caught on stairs at the end of this level and it became a time loss.

C-3 : At the end of this level, I stopped in order to avoid fireworks.

D-1 : At the start of this level, hammer bros appeared in the middle berth and the lower berth. So I got the mushroom and passed the upper berth.
At the end of this level, I stopped in order to avoid fireworks.

D-3 : I hit a hammer but it was within the assumption.
I was able to pass this level well.

D-4 : In the outdoor segment, I was caught on stairs.
It was intentional adjustment of timing to avoid a piranha plant.
At the last screen, I failed to jump from a lift to upper cliff.

I have played this game for several years, but this is my first consecutive play from 1-1 to D-4 without the death.
Therefore, despite a little mistake here and there, I am satisfied very much.
That's all.