Released in October 2003, the sequel to Max Payne is set after the original game; Max has quit the DEA and returned to the NYPD. Max has to solve a case involving the Mafia, a mysterious gang of cleaners and a conspiracy of a secret society, the Inner circle. Max is not alone this time, you'll also play as Mona Sax, the supposedly dead hired killer with an agenda of her own. 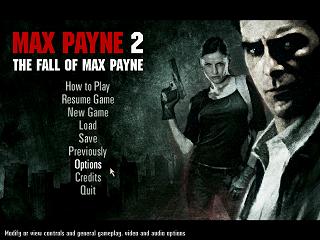 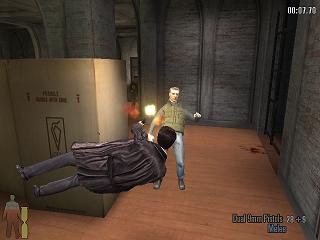 Note: Timing is calculated from the in game timer, time from "best time" screen is used.

First of all, many thanks goes to Radix, nate, mikwuyma, DJGrenola and the rest of SDA crew for keeping up the awesome site!

I've been speedrunning Max Payne 2 for a long time. The oldest runs on the site date as far back as 2005. Some of the levels have gone a long way, in the beginning I thought sub-3:00 p3c8 was very hard and now its 1:09. Thanks a lot to Acapulco for those countless shortcuts and of course the triplejumping technique, I never would have thought there was somebody who loved this game as much as I do ;). Also, thanks dex for accepting my challenge, you really brought my records up to a new standard. Obviously I knew many records needed improving simply because they were too old. Hopefully we'll get this game sub-20:00 someday so I can quit doing New York Minute runs :p. It's gonna be tough but might be possible.