Released by Activision in 1995 initially for the DOS just 5 months after their number-one mech simulator MechWarrior 2, this expansion overhauls the AI and introduces more combat vehicles, weaponry and playgrounds. At the end of the campaign, players who avoid tripping their servo-operated feet over one of its 12 new missions are thrown the ultimate mecho-a-mecho gauntlet for the venerable Bloodname title and nearly inexhaustible honor. It's like that dream you had about a bottomless mug subscription at Tim Hortons. 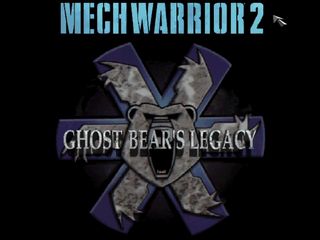 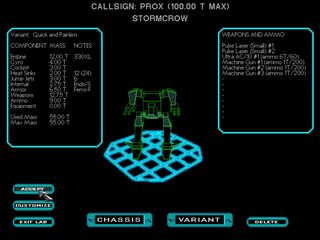 The category for this is Bloodname% where you have to complete all 5 bloodright trials and get the bloodname ending. The only things that prevent this from being a full on 100% run is due to me only killing the first mech in trial 1 and trial 3 being skipped completely.

You can only select different mechs during the trial missions. After that, you’re stuck with the mech you selected until you make it to another trial mission, or the bloodright trials. In 31cc, you have the ability to select whichever mech you want before every mission, but because the developers wanted this expansion pack to be significantly harder, they try to restrict your mech selection. The previous mechs you use are also saved in those segments. This applies to starmates as well.

I made a few mistakes here and there, but overall, I’m really satisfied with this run, and if anyone wants to pick up on it, feel free. I don’t recommend speedrunning the titanium edition because the heat mechanic simply doesn’t work on that version. Windows and DOS versions should be fine. If you emulate it, you’ll probably have to adjust the cycles on DOSbox to get the correct jet recharge rate. It depends on your computer.