MechWarrior 3 had the most sordid developmental cycle in the franchise, notoriously apparent from all the company logos displayed during the intro movie. This was the first game in the series to include significant voice acting, animated audio-briefings before each mission, mobile field repair bases, and in-game mech repairs of wingmen. The engine is the last in the series to incorporate the distributed mech-customization design ("critical slots"), use plodding robotic movement, and focus on gunnery simulation — namely, the ability to "leg" an enemy mech. It also lacks any kind of "free market", requiring the player to juggle inventory and balance play style to maximize equipment cannibilization from neutralized mechs. 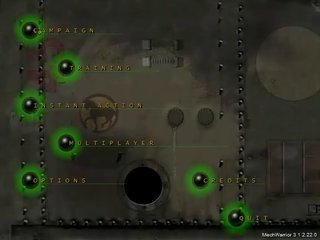 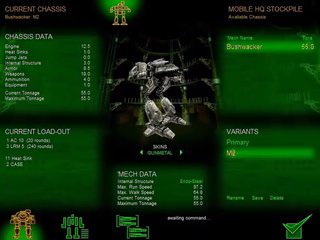