Developed by FASA and published by Microsoft in 2002, Mechwarrior 4: Mercenaries is a stand-alone title and the most recent game in the Mechwarrior series. Mech4Mercs follows the design of Mech2Mercs, which expanded various elements of the original Mechwarrior 1 game. In Mech4Mercs, you play the leader of a newly commissioned mercenary group, recruiting up to 7 lancemates to aid you in battle. The game features a free market of weapons and mechs, a semi-linear mission series, 3 different endings, a tuned control scheme, hardcore chick pilots straight out of the FASA accounting division, and AMAZING improvement in voice acting quality. The game has a dedicated fan base who have released high-resolution texture packs, new weapons, new mechs, and hundreds of bug fixes. 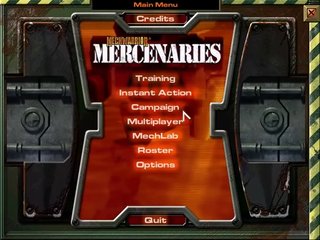 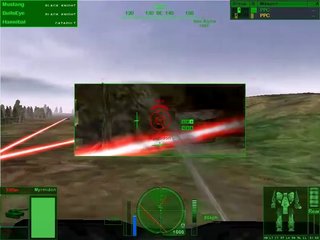