Released in October 1999, Medal of Honor started the WWII game trend. In this fps, you gun down nazis in an attempt to win the Medal of Honor. Back then, this was a somewhat novel idea. 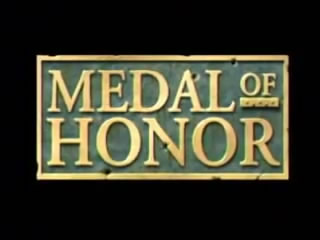 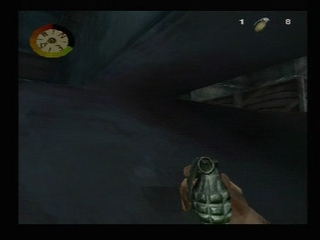 This run was done on the PAL version because I had some problems recording the NTSC version. If I play an NTSC game on my PAL Playstation the video output is PAL 60 which my capture card can't handle. And I couldn't find an English PAL version so I had to use the German version which is slightly censored (no nazi symbols).
What you'll notice is that I didn't start the segments from the menu. That's because the game immediately restarts a level if you die. Furthermore going back to the menu and starting the level again would take more than half a minute (really annoying if you run a level where you have to restart every 10 seconds).

Some things you should know: Straferunning is faster than normal running, grenades detonade immediately if they contact and enemy, explosions can kill enemies through walls and stuff like that, and sometimes I'm so fast that the game doesn't load some enemies, boxes or whole parts of a level, which is the reason why I sometimes have to slow down or wait a bit, so the game loads a valve or doesn't unload a bomb that I planted.

At the end of level/segment 7 and 24 I kiled myself. The reason the level didn't restart is that it takes about 3 seconds or so until that death animation is over, after which the level restarts. In level 7 and 24 after completing all your objectives all you have to do is wait for a certain amount of time and then the level is over. You don't have to enter an exit point like in all the over levels. And if you die about 1 or 2 seconds before the level ends, then the level is over before the death animation was done and therefore it doesn't restart again. That's how you can win these two levels even though you died. This trick doesn't save nor does it cost you any time, it's just for show-off.

How does clipping work? There are 2 or 3 methods of getting one half of your body into a wall or something (like I did it in level 22). Then you have to hit 'aim', strafe into the direction you want to clip into, hold the strafe button and press the aim button over and over again. But it's very slow (except for vents; I guess that's because the lower half of your body is still inbounds) and therefore only useful in level 22.

There's also one glitch that I didn't use. If one of your objectives is to plant a bomb somewhere, plant it, stay there and after you die from the explosion press the use button over and over again. This way, sometimes after the level did restart the bomb is already planted. However, since there is no built-in timer I'd have to include that previous attempt into my run and would therefore lose time.

I want to thank Mortyr. He's the one who encouraged me to not give up and finish this speedrun.