Released in March 2010, Mega Man 10 is Capcom's ode to people who felt that they had not gotten enough Mega Man. Instead of placing Mega Man in versus fighters or creating weird 3d platformers, you get to enjoy 2d platformers you may or may not have grown up with! As such, Dr. Wily once again fools people into believing that he is not behind whatever nefarious plot is happening, and once again escapes in the very end. Oh, and Sheep Man is a thing. Enjoy some cool weapons until 11 comes out next month. 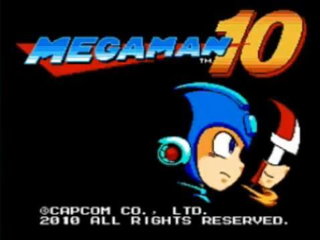 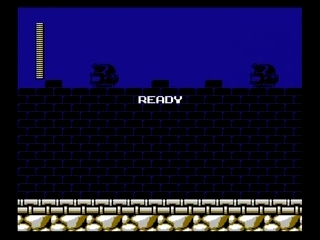 In this single segment run of Mega Man 10, I play as Mega Man, on Normal Mode. I compete for the time displayed on the in-game clock, but with the approach that I don't pause to switch weapons throughout the game. I only pause to use the M-Tank and W-Tank, and switch weapons by using L and R without pausing, so in that sense I'm also shooting for a low real-time in addition to a low in-game time. However, I still purchase a few items at the shop to make the Wily stages easier. At this time, this, my best speed run of Mega Man 10, is the result of about 5 months worth of 150 or so completions of this game.

Thank you for watching, I hope you enjoy the game.

This is my first run on SDA!

When Mega Man 9 came out, I got back in to playing Mega Man games a bit more. So when Capcom announced Mega Man 10, I was anxiously waiting for it to come out, reading articles and watching videos of it over and over again. It was also around this time that I first saw MegaDestructor9's individual level time attacks on Mega Man 9, which left an impression. So I ended up getting Mega Man 10, and since I was so hyped up over it, I pretty much skipped class and spent the whole day playing it (something I hadn't done in a long time).

I was pleased to find that it had a leaderboard system for individual level time attacks, complete with watching replays of peoples' best speed runs. I randomly chose Strike Man as a stage I'd try to put on the high score list. After a few attempts, I was surprised to find myself with a pretty good time (probably 1:50 or so), probably since there weren't too many people on the leaderboards early on. Eventually I got 1st place in Strike Man on the Wii and 360, along with several other stages on the 360's leaderboards (Chill Man, Sheep Man, Wily 1, Wily 4, Special Stage 3).

However, most of these records I only held for a couple of weeks. I quickly discovered that the best way to optimize your times was by abusing the secondary pause (not the main weapon-select pause) to essentially control your timing better, since being in that pause screen didn't run the level clock like being in the weapon select screen would. Examples of pause abuse would be to weapon cancel quickly, make extremely precise jumps, predict upcoming boss patterns, and so on. I found myself spending 10 minutes on a normally 2 minute long stage, being mostly on the pause screen.

Maybe two months after release (around May 2010), I stopped playing. Fast-forward to January 2011, AGDQ. This was the first marathon by SDA that I'd seen, and I was really impressed and enjoyed watching it. I guess I was inspired, at that point, to take working on a speed run seriously. The only game I'd speed run before that point was Super Metroid (with an Any% best of 0:59), and I've probably only ran it 50 times or so over a decade. Remembering my Mega Man 10 time attack experience, I knew I what I had to speed run.

So about a week after ADGQ, I sat down and returned to the game after about 7 months of not playing it. After a few playthoughs, I finally cleared it without dying and got a 25:50, which I thought was a pretty good time. At that point, I decided not to look at the leaderboards on any system at all to see what the good all-clear times were, because I knew the players could easily take advantage of saving and pause abusing and there was no way to tell. So I recorded the run - my first recording - and stuck it on youtube. The boss order I chose was Pump, Chill, Nitro, Solar, Commando, Blade, Strike, Sheep (I was convinced that having the Wheel Cutter from Nitro man was vital for Solar Man's stage). Soon, I was checking out the Mega Man 10 thread on SDA and found that tiki and privateye had gotten excellent times of 23:32 and 23:31 respectively. Their boss order was with more typical boss weaknesses, going Pump, Solar, Chill, Nitro, Commando, Blade, Strike, Sheep. The advantage to it soon became clear, since well-timed Rush Coils in Solar Man's stage weren't that much slower than using Wheel Cutter, and the benefits of Solar Blaze in Chill Man's and Nitro Man's stage became obvious. Since then, I've kept the same overall strategy, and have just tried to perfect my general play.

I've incorporated some techniques used by tiki and privateye, and I've also kept a lot of old techniques I've used since the very beginning. I've also come up with a few things of my own, I think. Some time in April I started streaming live speed run attempts, since I wanted to trying playing for the JRDQ online marathon here at SDA. I managed to clear the game without dying, although I made some silly mistakes and ended up with like a 24:26. It was definitely a memorable experience though, and a fun marathon. I continued streaming, and because it's so fun to do, it had me practicing much more. So here we are now, 2 months later.

Special thanks to everyone who has watched my stream, and even moreso to all of the regulars who chat, give encouragement, and essentially make the stream twice as entertaining. Specific thanks to: tiki, for his expertise, competition, and insane play. Thanks to privateye, for his encouragement and skillful play. Thanks to tjp, my SMB3 mentor. Thanks to romscout, for arranging JRDQ and being badass. Thanks to speedrunslive for their awesomeness. Thanks to bmn, for maintaining the stream pages on w00ty.com/sda and speedrunslive.com. And obviously, thanks to you, viewer, and thanks to SDA and everyone here. It's a great place.

tldr I played game, showed it to the internet

Here's the part where I criticize myself as thoroughly as possible.

Pump Man: Of course, I take the bottom route. The stage went very well. Pump Man himself screwed me, and I didn't finish him off quickly enough. Overall, I could have saved about 3 seconds.

Solar Man: First half went well. The birds were average, they could have had a different pattern that would have granted about 2 seconds. In the long screen with the conveyors and fire spouts, I got hit by the laser flower. Solar Man himself could have been killed about a second faster. Total loss: 4 seconds.

Chill Man: The stage was pretty much flawless. The Chill Man fight went okay, I didn't weapon cancel optimally and accidentally got hit, losing about 2 seconds.

Nitro Man: Again, the stage was about flawless. I messed up during the Nitro Man fight and didn't shoot an extra Chill Spike, allowing him to proceed up the wall and waste about 2 seconds.

Commando Man: I bumped into a wall in the first room. That's about it. Well, Commando Man could have cooperated a bit more for a quicker kill, perhaps one second lost.

Strike Man: Had the second miniboss began in the opposite direction, I would have saved some time. I also get hit on the final screen by a stray bullet. As for Strike Man, I got the quick kill. Two seconds lost.

Sheep Man: For me, this stage was perfect.

I purchase an M-Tank and a Spike Guard at the shop. I end up using them both.

Wily Stage 1: For me, this stage was perfect. Well, If the first Weapons Archive ended with Wood Man, I'd have saved about one second.

Wily Stage 2: The stage went as I wanted. The crab did not, and I lost 5 seconds thanks to it. Still, it's great that I made it this far with the current time.

Wily Stage 3: Everything was great, except sadly I mess up on one critical technique in the stage... 3 seconds lost.

Wily Stage 4: Here's where stuff can go crazy, having to fight each boss over again. I botched Chill Man, Nitro Man was slow, didn't get the Commando Man quick kill. Still, this comes out as a good Wily 4 for me, better than average. But if I were to suppose everything to go perfectly, I'd say like 8 seconds were lost.

Wily Stage 5: I really screw up the Wily fight here. He goes through the disappearance pattern once, and I throw away 5 seconds.