Mega Man 5, released in December of 1992, is probably the origin of all the "Proto Man is evil!" nonsense, as the story involved Proto Man supposedly taking over the world with eight robots. Of course, it's really Dr. Wily again. The fifth installment of the original Mega Man series is noted for its substandard music and for the introduction of Beat, a powerful robotic bird that proved itself highly useful against the final boss. 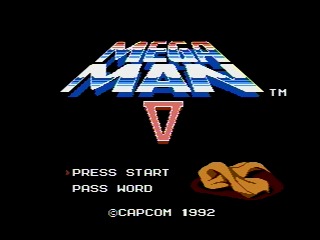 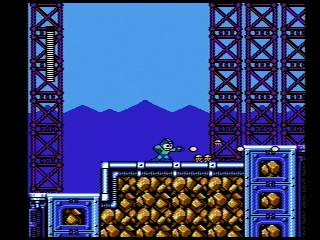 The biggest improvements that can be made for this run are the Darkman robot fight, and Wily Stage 2.

Thanks to Freddy Andersson for his speed run which taught me some things.

Also thanks to Baxter for his tas which showed me some great ways to use different powers among other things.

Also thanks to Radix, Nate, Mike Uyama, and DJGrenola for doing what they do for SDA.

Both my Mega man 4 and 5 run should have been up much earlier. But I was a little bit tired of the mega man games for a while and had other stuff to do.

It's nice to have done all the Mega man games i could do on PAL version and I will now take a break and in the near future try to do the other mega man games on the US version.

Biggest thanks to Mikael Sjöberg who I borrowed the game from in months.
This game is a little bit tricky to find here in Sweden.
And as always thanks to Nate and Radix (keep up the good work)
Also thanks to the TASers for a couple of tricks I disn't used before.

Im not going to do comments for all stages but here is some..

My route is to begin with Star man becuse that I got the super arrow wich I use in many stages. The Star man stage is also one of the hardest and bad to speedrun. But I did it very good.

I use the start button on charge man to get away with the damm stones that flyes around me. I save a lot of time and can beat the boss much easier that way.

The biggest mistakes I did in this run was the beginning of gravity mans stage. It doesn't look good when I did many smaller mistakes And there was a place from the cossak or wiley stage I wasn't happy with. Also when I felled down from a plattform in the stone man stage.

The hard things in the run:

Star man stage
The pink robot in the gyro stage
Take "G" in the gyro stage
The falling crystals in the crystal stage
Jump under the missiles in the Napalm stage
Charge man himself
Wave man - to have much energy left to the boss (that's why I catched som energy before him in the run)
The water place in some of the wiley stages.
And to beat the final bosses without use a E-tank.