Released in February 1997, Mega Man 8 was the first Mega Man game to appear on a 32-bit system. Unlike a lot of previous Mega Man games, Wily doesn't dick around and reveals himself to be the main villain early in the game. The story starts off with some nonsense concerning dark energy and a new robot named Duo, but in the end we all know Mega Man's true purpose is simply beating up Wily another time. 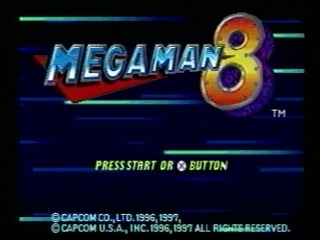 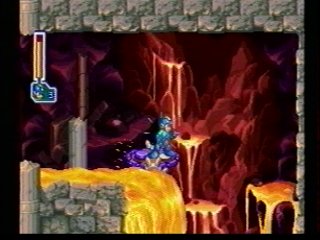 Timing note: Save and load times are not counted in runs on the Playstation version — this is to make times comparable with those on the Anniversary Collection.

In this part of the Mega Man saga, Mega Man goes on a rampage to hurt and destroy innocent Robot Masters that talk funny; he was going to settle with four at first, but Frost Man was just too much. That's all you need to know about the plot.

Revisions to the existing run:

Parts that are likely to improve the run:

Instead of making a huge list of (mostly minor - although growing in size towards the end -) mistakes I made, I'll just highlight some parts of the run, whether it's odd, bad or intriguing: