Mega Man confronts Wily again... on the internet? In June 2003, Capcom released the third in its action RPG series Battle Network. This installment adds an array of programs with which to further enhance and customize Megaman.EXE, as well as divides it in two versions in strange imitation of a certain other popular franchise. 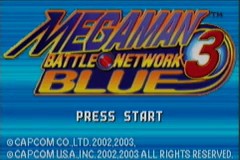 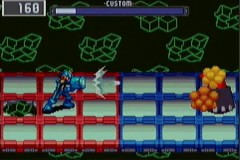 The Battle Network series for GBA has a great combat system. Good mix of both strategy and skill. Runs of this series are all about quick fights, good chip management, and walking into walls.

MMBN 3 relies heavily on several powerful chips we collect part way into the run, as the buster isn't as strong as it is in the later games. There are also a lot of story-required battle chips, which means getting the right random encounter when you need it. Zenny management (the game's currency) is also very important in 3.

This run had a bit of a slow start (could save 2 minutes easy), but that time is more than made up with amazing RNG from Wind * on. Other than a couple misteps, very little went wrong in the run. I even didn't get wood style!

Shout outs to Prof9 for helping with run rates and style change info, xKilios and Gamer0278 for helping run, route, and race the game, and Zewing for hyping the series up and making out Twitch team.