Released in January 2006 to celebrate Mega Man's eighteenth birthday, Mega Man Maverick Hunter X is a remake of the SNES classic Mega Man X. This remake stays true to the original, sans some changes to the story, 2.5D graphics, and the option to play as Boba Fett lookalike Vile. 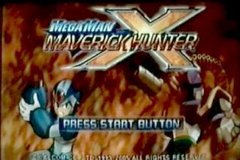 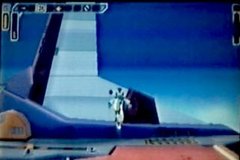 After three years, I finally complete MHX 100%. Back in March 06 I submitted a single segment 100% as a demonstration for the old Mirror-In-A-Box. The quality was deemed acceptable, but the gameplay was not. Later on, I tried 100% again, but segmented the run instead. Everything should've been fine, but I accidentally taped over a segment and deleted the save files. That kinda killed the motivation to run 100%, which is why I did the any% 42:52 in November of that year.

That run hasn't aged well. Not just because it uses the Mirror-In-A-Box, but it was done on the old ass PSP-1000, aka the Fatty. The video quality, though acceptable for SDA at the time, is garbage now. Now that the 2000 and 3000 have come out, there's no reason to run games on the Fatty anymore. The video quality is better, the load times have improved, and it's far easier to Hadoken on the improved D pad. If only they could've fixed the lag.

The route here is pretty solid. I don't think there's anything that can be improved here. And before you ask, yes, it is indeed faster to do Chameleon in two visits. Gameplay is good, too, but not perfect. There are a couple mistakes spritzed throughout, and the luck at parts isn't best. I tried my damnedest to get perfect luck on some stages, like Sigma Palace 1 and 2, but settled for almost perfect. I'll go more into depth in the audio commentary, hopefully.

I haven't been able to accurately time this run myself. But I can give an estimate of 36:51. Not only is that faster than my any%, but it's also faster than Frezy's MMX 100%. Makes sense; the Hadoken doesn't take a long time to get anymore, not even requiring a revisit, so all the OHKOs save quite a bit of time. Hadokening Sigma's final form helps, too.

The thank yous should be short and sweet here. Thanks to the SDA Team for doing what they do. Especially Uyama, who informed me that that save penalty we've been arguing about doesn't apply to this game. Cause me doing this single segment just wasn't going to happen. Also, thanks to Tiki and his recent MMX record for giving me some motivation to do this run.

Finally, this run is in memory of Ed McMahon, Michael Jackson, Billy Mays, and any other celebrities that have passed away in the last few months. Each loss is great by themselves, so losing them all within such a short timespan is even more unfortunate.