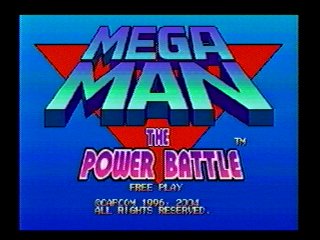 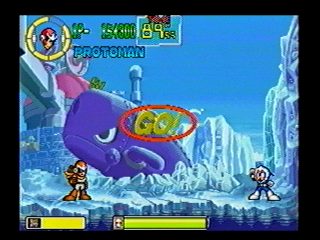 Note: As the rest of the nine possible character/scenario combinations are completed, individual-levels runs by character will be differentiated.

I actually did two versions of all of these runs - the first one I showed to people to get some feedback, and the second version is the ones I've submitted straight to SDA. The improvement between the two is generally better execution. I don't have a copy of the run in front of me, so my comments might be vague. Bear with me.

I use Megaman here because, in terms of story, Protoman and Bass weren't in the first two Megaman games. Don't worry, those two are in other routes.

I finally thought of the way I'm going to write the stage-by-stage comments, so here goes:

Wood Man: I deal with him first to prevent his health from getting out of hand and also because I don't like this game's version of the Atomic Fire. It takes 6 1/2 charged shots to beat a Robot Master that's challenged first, and fighting this battle over and over is where I discovered that.

Cut Man: I'm not sure I liked this battle. You need to use the Leaf Shield and throw it from a distance to do reasonable damage, and I wouldn't be surprised if I botched one use of it.

Crash Man: I believe a lot of my Rolling Cutters hit on the return, which might have cost me some time.

Guts Man: This is probably where I saved the most time. Using Crash Bomb against him is INSANELY damaging.

Ice Man: I don't believe a single thing went wrong with this battle.

Heat Man: Despite a high health bar, Heat Man is a bit of a sissy. I'm pretty sure I take a hit or two here.

Yellow Devil: Not BAD, but I somehow think this can be better. Not MUCH better, since I don't believe he pulled off the transforming move more than once (if at all), but this fight isn't perfect.

Dr. Wily: I believe I did fairly well. During my first version, I used Super Arm against the second form, but Suzaku pointed out that I should have used Ice Slasher, and I do that here.

I have FINALLY managed to get this route below 2 minutes. My first version was 2:04-something, and I really believed it could go down. I don't have a copy of the run in front of me, so my comments might be vague or possibly incorrect. Bear with me.

Protoman was introduced in Megaman 3, so I thought I'd use him for the 3-6 route. Besides, Megaman's already had his chance.

As for individual fights:

Gyro Man: I'm not sure what was running through Suzaku's mind when he chose to fight Gyro Man after Napalm Man, because Napalm Bomb SUCKS in this game. I'm pretty sure Gyro Man slips out of my grip once here.

Plant Man: This fight caused the most restarts. It paid off, though - getting him to use just one Plant Barrier is tricky but it saves the most time. The hit is actually on purpose so I can spam Gyro Attack instants sooner.

Dust Man: It's not ideal if he uses the suction attack, because you can't hurt him at all during it. This is the one boss I HATE fighting.

Magnet Man: I'm pretty sure I kept him unable to fight for most, if not all, of the battle. Taking him fourth instead of last keeps his health manageable.

Gemini Man: Another battle that liked to play havoc with me. I take the firing of Magnet Missile slow in order to make sure I hit with as many as possible.

Napalm Man: Taking him last had its disadvantages - I had to switch away from Gemini Laser - but I'm pretty sure putting him here is fastest.

Yellow Devil: I'll admit it, I basically took the same approach Suzaku did in his run. But only because it worked so well, and I could not find a better one.

Dr. Wily: I'm not sure whether it's this run or another one, but where you land the last hit determines which half of Dr. Wily you face. You CAN face the lower half if you destroy the upper half first. I once again utilize Suzaku's strategy of staying up close to Dr. Wily in order to spam Dust Crusher faster. And just like him, I'm 90% certain I hang on to some of it to beat Dr. Wily's third form faster.

Out of the three routes, this is the only one that improved more from my first version to my second version than from Suzaku's time to my first version. The difference between my two versions here is that I chose to do Freeze Man FIFTH rather than sixth, so he'd have a smaller health bar. Besides, the Junk Shield is trash, pardon the pun. Is getting a time below a minute and a half possible? Maybe, but I'm not sure I want to drive myself insane doing that. I don't have a copy of the run in front of me, so my comments might be vague. Bear with me.

Bass is introduced in Megaman 7, and because Megaman and Protoman have already had their turns, it's time for the most arrogant and probably resilient of Wily's creations to step up.

As far as the individual level stuff goes:

Slash Man: I found it hard to use Freeze Cracker against this guy, so I took Slash Man on FIRST in order to get rid of that possibility. I think it pays off later, but for now, Slash Man is one of the easiest bosses to manipulate.

Shade Man: It is possible to get the special music (just like in Mega Man 7) against this boss, although I'm not sure how it's done in Power Battle. Regardless, he won't come down anytime soon, so my answer was to go up to HIM instead.

Turbo Man: I'm not sure why the music has problems here. It's done that every time I've beaten Turbo Man. Regardless, I always seem to feel tense fighting this guy.

Cloud Man: It's hard to aim the Burning Wheel (that's what the game calls it - I KNOW it's supposed to be Scorch Wheel or something to that effect) from a distance, so I use it below him and jump up into him in order to make sure it hits. When he lowers down to me, I use it right next to him.

Freeze Man: As I said, I switched this guy up to fifth instead of last to take advantage of a shorter health bar. Also, as I said before, the Junk Shield is trash as far as fighting is concerned. Slash Claw is hard to use on him when he runs around, so I wouldn't be surprised if I missed a few times. After that, it's Thunder Bolt for the win. Although I wonder if Noise Crush would have been faster.

Junk Man: This guy has HORRID resistance to Thunder Bolt - so bad that you can beat him last without switching away from it. Plus, there's a chance a single Thunder Bolt will hit more than once, but only if he jumps.

Pumpkin Bot: Thunder Bolt once again. I'm pretty sure this fight wasn't a hot one.

Dr. Wily: I don't recall my strategy offhand for the last two forms, but the hands from the first form can block the Slash Claw, so I have to disrupt them by switching levels frequently.

There. All three scenarios done quicker. It's unlikely I'll come back to these unless someone beats my times, but I encourage people to try.