Mega Man X was released in December 1993. At the time it shocked Mega Man fans by not including Dr. Wily! The reason is that it takes place a century later than the NES Mega Man games, with 'Mega Man X' fighting the reploids, copies of his design, who have gone maverick, and their leader, Sigma. 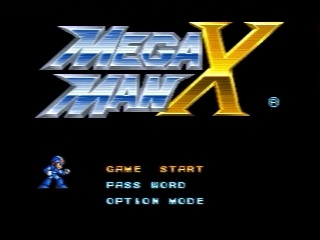 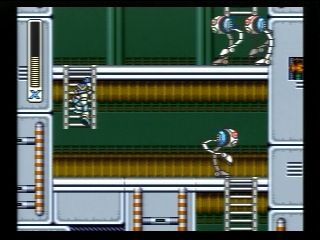 Hello this is Mega Man X 100% (99% luck + 1% skill) Speed Run
My main motivation to do this run was to beat Caleb's 35:53, which was the world record at the time and "everyone" kept saying it was unbeatable lol
So I didn't even change the route.
It took painful 4 months of attempts... Also the fact I didn't have game saver made it harder for me to practice Sigma Stages.

Now for the run commentary full of memes and bad jokes:

-Boomer Kuwanger
good stage, got all gap jumps I wanted (even though I have slipped in 3rd lol)
also missed a double kick and one dash in platform

-Flame Mammoth
got hit intentionally on both shield enemies in the end, this was RNG manipulation for Sigma Stages :)

-Sting Chameleon
perfect miniboss luck, but after getting the heart I did so many extra wall jumps on purpose to waste my time

-Heart Revisit
I was supposed to kill all bats to save lag frames, but instead I missed c.sting making more lag lol
and missed one dash before the last slope

-Sigma Stage 2
dude nice gap jumps, I just missed the last but forgive me, this one is very hard
finally got good luck in "LAMBDA BAMBDA"

That's it... Expect a better run someday with another route and hopefully better luck on Octopus Fight.
Also for sure next run will not be that bright lol
But for now I just want forget the existence of Penguin and Eagle.

This is a pretty good run. I want to improve it eventually.
Shoutouts to my worm bois.