Released in December 1994, Mega Man X2 was the first of two games to feature the C4 chip, which was a shoddy excuse to fit in wireframe graphics. Taking place 6 months after the first game, X must collect various parts of Zero's body to restore his buddy while simultaneously taking down the X-Hunters. 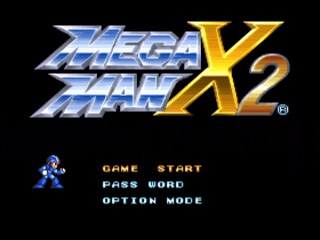 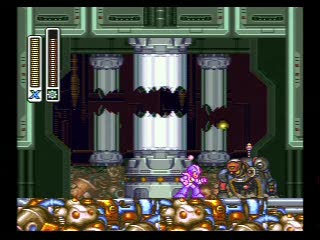 Thanks to everyone in #megaman who helped me learn this game and everyone who has supported me by watching my stream and runs. Also big thanks to my nerd friends (you know who you are) who motivated me to keep going when I wanted to quit playing this game.

Wire Sponge: Only real mistake in this stage was missing the scorpion jump, taking the damage boost off his shot isn't the worst way it could have gone. Good boss fight, got pretty lucky with the pattern reset by going behind him when he grabbed the ceiling.

Wheel Gator: Pretty good stage, a couple small mistakes but nothing to really go into detail over. Boss is easily killable with Strike Chain if you're good at hitting the 5 frame window between his invincibility frames and his diving animation.

Overdrive Ostrich: This segment was pretty good (was a best segment on my splits actually), pretty good ladders which is easily the most technical part of the entire stage (not even kidding) and got really good RNG on the boss with nicely timed shots.

Bubble Crab: Double neon jump to the heart is really cool and saves time. Missed the jellyfish chain but that's not that big of a deal. Got a decent boss fight which is always really nice (Crab can do some really dumb things if you let him).

Flame Stag: Extremely solid stage, over all really really good. There are a few frame saving strats that I do not do in this stage because they are pretty difficult (using charged Strike Chain to grab the wall behind the heart and dash out before the wall closes is frame perfect). I used a new (to me) boss strat which saves about 1 second in real time and between 90-120 frames if you do it optimally over just using bubbles.

Morph Moth: Missed the release neon jump to get the heart, but the backup is fine. Taking a damage boost through the shield guy is a pretty normal strat for most players and the only real time I lost was walking and jumping to get the air dash for the release neon. Rest of the stage was decent, but I didn't get the hellway dash at the end which is pretty precise.

Magna Centipede: Easily the worst segment of the entire run, I lose a good amount of time here over many small mistakes and a slightly larger mistake. Missing the Speed Burner shot on Raider Killer before Centipede is pretty bad but not the end of the world.

Crystal Snail: This stage is much cleaner than my last run for sure. I got the miniboss skip without hestitating and no accidental bubbles this time. Boss fight is really cool when executed properly since Snail can't do anything about it.

X-Hunter 1 (Violen): At this point I was on decent pace according to my timer so these next few stages get a little shaky. Overall I did pretty well in this stage and the boss is again, a joke. He didn't really cause much lag with his ball and didn't decide to shift the boxes around which saves time.

X-Hunter 2 (Serges): Pretty good stage and boss fight, I could have gotten a 2nd double hit to save a second or so but decided to play it safe and stick to the bottom.

X-Hunter 3 (Agile): Decided to man up and go top route instead of bottom and got bit by the junkbot. It really wouldn't have been that bad if I had actually managed to use my sub tank the first time. Pretty sloppy stage, but overall not the end of the world.

Boss Rush: Only big mistake here was missing the one hit Shoryuken on Centipede. His hitbox is pretty tricky and depends on what attack he starts off with, in this case the vacuum attack shifts his hitbox backward so there was no way that Shoryuken could have killed him.

Final Stage: Pretty solid final segment, didn't blow it on Zero and Wolverine cooperated this time. Unfortunately I missed the one hit Shoryuken on Virus Sigma, which the strat I use involved 3 frames that are not adjacent to each other (CX4 chip is bad).

Final thanks to everyone that helps run SDA and the runners that still decide to support this website.