Released in February 2001 for the PlayStation, Mega Man X5 features X and Zero working together to stop a space colony from crashing into Earth and spreading the Sigma Virus throughout the population. Stopping the colony isn't necessary, however, and thus the eight Maverick stages are optional. Unfortunately, you get interrupted way too much by Alia, who thinks you're so stupid that you need Gamepro-esque protips to beat the game. 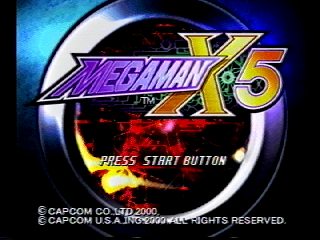 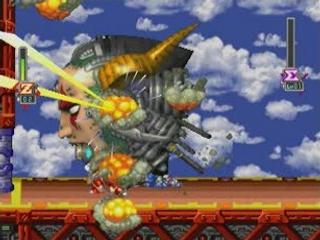 I made this run basically because I wanted to show the runs on the site are improvable (referring to X5 runs in particular), which I pointed out earlier on the SDA forum. Not too many X5 runners out there, and that's a shame. Or even Mega Man X games in general, excluding the first two. I'm hoping this run inspires others to try and beat existing runs.

So let us get started then.

Thank you Cremator and Satoryu, your runs inspired me to get into Mega Man X5 speed running.
Also thanks to Yabu, a japanese runner who did some really good strategies I use.
... e um beijo pra você, Xuxa.

-Opening Stage
Really good, except for the bad luck in Sigma Head. But after resetting so much because Enigma or Shuttle, hope you understand.

-Origin
It was good. Shadow Devil gave me bad luck though. I could do nothing about it.

-Grief
Something went wrong here. After the platforms I was supposed to do a big jump over everything, but for some reason I got hit by an enemy's projectile. I had to improvise. As I got low health, I just stand and get the last virus earlier. This made me get an extra hit after the invincibility was over. Rangda Bangda gave me the perfect luck and I missed the first hit in the green eye. This is not a big deal though, at least I survived this fight.

-Awakening
Zero fight was bad, I missed the second charged shot and got hit.

-Birth
At the boss rush, Skiver really scared me and almost killed the run. Also I tried to make it faster, but missed some Nova Strike. In the last Sigma fight, destroying the hands at start prevents it from disappearing. I got luck he started the purple cubes before bringging the hands back.

It was a good run. I'll improve this in the future for sure, hopefully with better luck in Shadow Devil.
For now, my next goal in X5 is a good "All Stages" run in single segment.

I'm not afraid to admit it. My previous run was craptastic. This game desperately needed an improvement. So I did it, and I'm damn proud of it.

Three things that made this run possible: Speedster ain't worth getting, use of Saber Dash Cancel, and Cremator's 100% run. Cremator's run was what in part inspired me to go back to X5 again, and I copy many of his strategies. If he hadn't done that run, you might not be seeing this run right now.

Like my X6 run, I have Disc Speed on my PS2 set to Fast. While it does lessen load times, it does have the same quirks as X6. Music is always delayed by at least a second. And sometimes the load times like to take longer than usual. But there is no effect on gameplay.

Took me about six hours to get this segment acceptable, and I'm still not too happy with it. I know under 25 minutes is possible. It's just that it's so hard for everything to go the way I want them to. But I digress. 25:03 is still very impressive. Besides, that whole subXX thing is just in our heads.

There are about 5 to 10 seconds worth of mistakes in this run. 15 if I'm underestimating it. But I see this run staying for a while. I doubt an improvement will ever come, at least not from me. I think with this I'll retire from X5. Getting this done has lifted a heavy burden off my shoulders, as my old 30:59 was just not good. There are a lot of nifty things here. Some of which actually still surprise me (Black Devil.)

I'm not good at making comments, I'm afraid. I do them after I do the run, so all I can see is the mistakes I made, or how horrible I was when I started the project, which results in a highly negative tone. I usually notice it when I overdo it, and try to balance it a bit. Needless to say, the result is an incomprehensible, useless mockery of a comment text. Suffer.

I aimed for creative use of weapons and interesting route while maintaining the fastest possible speed I could think of. Whether I succeeded or not is up to you to judge. I go through my run, part by part, explaining what's going on and pointing out the biggest things that bugged me, or that need attention for some reason.

With improvements to certain levels, especially near the beginning, and with more luck, sub-34 is guaranteed to be possible, maybe even sub-33 if you're both really good and very lucky. Not by me, though, my luck isn't up to that. So I represent you, Mega Man X5 100% speed run, which turned out to be quite possible and even of feasible length. Enjoy.