Mega Man X6, released in December 2001 for the PlayStation, features X as he tries to uncover the mystery of the "Nightmare" while also searching for clues as to what happened to Zero in those last moments in Sigma's fortress (X5). Like X5, clearing all the stages isn't absolutely necessary, and thankfully, Alia's commentary is OPTIONAL. 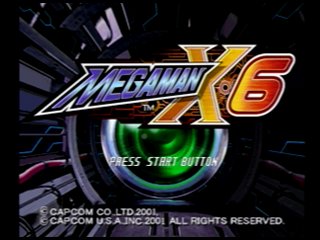 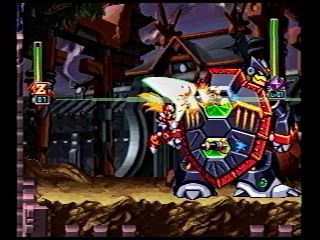 This run is dedicated to my grandfather. Yes, the same one I dedicated my Symphony of the Night run to. He passed away last Christmas. It was a rough holiday to say the least.

This will be the fourth time I've updated my time for X6 8boss, and there are alarming differences between this and version 3 (which is really more like version 2.5 cause I only did the last 2 stages last time). Going into this run, I was expecting to shave off about 2 minutes off my 29:13. Maybe 3 if I was lucky. But I exceeded my expectations and improved my time by almost 6 minutes. I'm still shocked.

That 5:59 came from better execution, more use of Guard Shell, a slightly modified route, some new glitches, and a ton of patience. Luck plays a big factor in this run, and segments could take up to a week to get right. My luck isn't perfect, of course. And there are some mistakes in this run. Enough to get under 23 minutes? Possibly. But either way this is improvable by at least a bit.

Here's a quick rundown of the tricks used in this run, some old, some new:

--SABER DASH CANCEL (SDC)--
DominicanZero is who I'm giving credit to for discovering this exploit. Swinging your saber cancels the dash animation, and dashing cancels a saber swing. By doing the two rapidly, you can rack up the damage really quickly. And because the first and second of Zero's saber swings don't activate invincibility on most bosses, Zero can annihilate them with this. X can do it as well, but his version is not nearly as abusable as Zero's. X's requires more timing and can't really be used on bosses. You'll only see me use it on the blocks in the intro stage.

--GUARD SHELL EXPLOIT--
For whatever reason, if you have Guard Shell active, certain attacks become more potent when they and Guard Shell connect with an enemy. Eyeballing it, it seems to produce twice as many hits as a regular attack. Again, this is mostly used with Zero. Guard Shell improves not only regular attacks, but SDC as well.

I only use it as X in one spot; the second High Max fight. After stunning High Max, you can damage him with the Blade Armor's Mach Dash. Normally, it's not that good. But if you activate GS on top of your head, it increases the damage dealt by the Mach Dash exponentially. I don't remember who discovered this.

--DASH WALL JUMP MOMENTUM CANCEL--
Normally when you dash jump off a wall, you go backwards a certain distance before you can start moving forward again. If X swings his Z-Saber while dash wall jumping, you don't get thrown back. I use this in only a few places to make climbing over high walls quicker. It could be used, though, to scale large walls quickly, something I neglected to do.

--DASHING FROM A CROUCH--
If you dash while crouching, you travel slightly quicker than if you dash from a standing position. Normally X and Zero have to accelerate a little bit before they reach top speed. By crouch dashing, they reach top speed automatically. I only use this feature when there are times I absolutely have to dash on the ground, or entering boss doors.

A weird thing when using this trick on ice, though. You get an extra push at the beginning of a crouch dash when on ice. In Blizzard Wolfang's stage, I use this on straightaways and downward slopes just to make that already quick stage just a bit quicker.

If you use Ensuizan on a surface as it's destroyed, or if you are pushed off the surface, or if you slide off an icy slope, it cancels the Ensuizan animation and leaves you invincible to most damage. Normal enemies and hazards won't hurt you, but you can still be crushed and fall into a pit. If you are crushed, or enter a boss door or new area, or use Ensuizan again, the glitch is cancelled. I use this A LOT. It's one of the biggest changes made in this run, and contributed a nice chunk of the 6 minute improvement.

--PAUSE CANCELLING--
This is an exploit that's been around since the NES Mega Man games, but never got much extended use until Mega Man 9 (and boy, does it get a lot of use there).

If you pause while using a special weapon, and select a different weapon, it cancels the first weapon and lets you use the new one. I only use this in a few places, mostly to end X's charged Metal Anchor prematurely.

--EXTENDED DISTANCE IN THE AIR--
Various moves in the game reset your vertical velocity when used in the air, making it possible to reach spots that can't be reached with just jumping alone. I use Ensuizan to perform this in Commander Yammark's stage to collect the E Tank and the Reploid that holds Life Recover.

--UNLOADING TOTEM POLES--
The totem pole enemies in the second Gate stage normally impede your progress. But by navigating a certain way around the terrain, you can cause them to never appear. With the Blade Armor, I skip two of them in this run, even though I only really need to skip one of them.

If there are any glitches I missed here, just stick them in the wiki or something.

Level-by-level info will be left for the audio commentary, which should be expected of me by now.

In addition to those that discovered tricks above, I also give thanks to (in no particular order):
- The SDA Team (now including Breakdown) for doing their usual thing.
- RaijinXBlade, whose cancelled run reignited the spark in me to run the game, and also offerred a new strategy or two.
- Cauldrath and Rokugo for some more strategies I borrowed. And some things I didn't borrow, like the Hyper Dash route.
- Fractalfusion, Mothrayas, Rolanmen1, Angerfist, Atma, and anyone else who's TASed or TASing this game for some more inspiration.
- Hypershell for being probably the biggest X6 fan out there. Seriously, he'll defend this game to the grave. Much more than I can.
- My parents for shelling out the money for my laptop, which will make getting this video and future ones out there a bit quicker.
- And YOU as the viewer.