Released for the MSX in July 1990, and then rerelased for various platforms with MGS3: Subsistence, Metal Gear 2: Solid Snake is the sequel to one of the first stealth games in history and a substantial update on the formula. It broke new ground in stealth mechanics, boss battles, long stairways that take hours to traverse, memory shape alloy keys, deadly poisonous Zanzibar Hamsters and the main villain actually being Sean Connery. You may recognize some of these as appearing in future Metal Gear games. 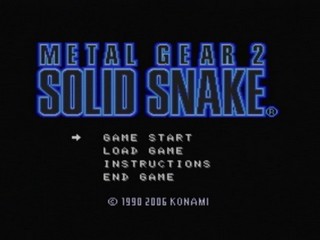 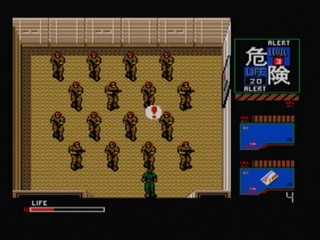 Hello this is Jaguar King speaking

This is a run of Metal Gear 2: Solid Snake PAL version played on PS2, done in 51:29 based on the ingame timer

In order to get Big Boss Rank you have to do the following:
No Continues
No Ration used (Your health regenerate after beating a boss)
6 Kills maximum (Killing Bosses does not count)
6 Alerts maximum (2 of them are forced alerts)
Unlimited saves
Beat the game in under 1:35:00

There is nothing much to say about this run, it all depends on good planning and how to approach and pass certain areas.
the bosses are easy if you know how to deal with them, except for 3 bosses that are RNG Heavy: Black Ninja, Jungle Evil and Big Boss.

There is something about the escape sequence at the end, when you get to the last screen you need to wait for like 20 sec
before you start shooting the soldiers or else you will end up spawning more soldiers which you will have to kill them
endangering your big boss rank.

Conclusion:
That was a great run, except for few minor mistakes but the overall run was pretty solid. It can definitely be improved
by few seconds depending on the RNG of the bosses.