Released in March 2004, this is a remake of the 1998 smash hit Metal Gear Solid for PlayStation which adds new manuevers and extras from the follow-up to that game, Metal Gear Solid 2: Sons of Liberty. In the tradition of Metal Gear, the game is about infiltration and sneaking through areas without being detected. Incorporating speedrunning into this objective has become a draw to an ever-widening number of fans. 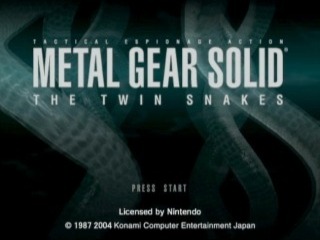 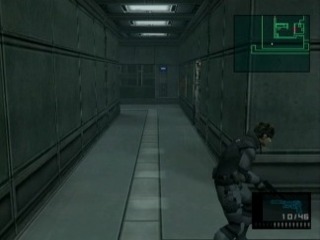 This video is an improvement in almost every way on the 1:10 run that I had previously recorded. Again, I run through the rooms with virtual flawlesslessness, and the boss battles are much better as well.

Pay heed to the Ninja battle, the Mantis battle, and Wolf 2, as those battles are improved to the pinnacle of my ability and are the standard by which I weigh all other runs.

Also, note the Comm. Tower A Climb, Hind D, and Vulcan Raven, as the strategies that I utilize on those sequences are altered to accomodate not picking up the body armor, which shaved off even more time.

In fact, barring a few technical flubs, an embarrassing messup in calling Meryl, and a significantly worse Tank battle, I would consider this video the best of my abilities.

Of course, that is only for me, so I hope that those with the time, skill, and patience learn from this and encourage them to try and record a run better than my best 'Perfect' Big Boss time.

Comments: I have to thank Karma Hunter for coming up with the strats and route for this game. He helped me a lot.

First, taking the route straight to the stairs in front of the Heliport not only allows me to stair roll up and down the platform, but also skips the cutscene for the camera. You will inevitably get shot here, but fortunately I only get shot once, as opposed to two or three times.

The fight with Meryl is much faster if you use the Socom instead of the M9. The M9 has reload time after every shot, where the Socom does not, and allows you to kill the guys faster before they enter the door. Fortunately, I was able to get lucky with the soldiers dropping some Socom ammo.

Tank fight: Socom allows for 3 hits for each soldier, so that was improved by a lot. I wasted a couple seconds prepping my rations, but I didn't need them. Overall, a decent tank fight with some missed shots.

Nuke Building 1F: When you run up the stairs, the guard will always miss you when trying to hit you, and I mess up trying to break his neck both passes in this run, which cost me 8 seconds in total.

Ninja fight: Trying to hit this guy with the Nikita every time and predicting where he is going is really hard. I miss predict on the very last hit, and opt for punching him.

Psycho Mantis: Pretty good, wasn't as fast as I would have liked. I am satisfied, however.

Caves: I did not do this well. The deal is, if the first wolf sees you, the second wolf will be waiting for you on the other side. If you roll, he won't attack you. I miss predict, and get bitten in the ass, literally.

Wolf 1: As good as I could have done it; I get shot, but it doesn't cost me anything.

Canyon: I figured out that you can just run through. I almost get an alert status here though.

Stair fight: I didn't release the first stun grenade before the door opened, so that cost me a few seconds getting shot by the guards at the bottom. Snakes runs up the stairs fastest during this fight, so stair rolling is actually a bit slower than just running up. I have a habit of stair rolling.

Communication Tower B: Here is where a lot of time gets saved. Properly stair rolling up and down the flights of stairs helps save a lot of time. I don't get the extra chaff grenades here at the top floor because getting them would waste more time than getting shot at the last camera at the bottom floor. So, you only really need 7 chaff grenades throughout the game.

Wolf 2: I hate this fight. It's pretty difficult trying to do it quickly. Meh.

Vulcan Raven: Yeah, stinger rapes him as you can see.

Pal Key Sequence: Fortunately when shooting the rat, I don't miss, and the key doesn't fall in the sewage. I also want to thank the pipes for not being douche bags and making me trek all the way back to the Blast Furance and Cold Storage.

Everything from here on out is pretty standard. All in all, I am satisfied with this run. I made a lot of mistakes here, but nothing that can't be improved in the future.

I also want to thank Tiki and Raijino for being cool as shit. I would also like to thank Nate, Mike Uyama, Flip and everyone else for managing SDA, an amazing web site.