Returns is a 1995 remake of Crea-Tech's originally Famicom-borne Metal Max title. Neither have seen Western releases. In the game, the world has experienced a major cataclysm when an autonomous supercomputer tried to end the human race, but stragglers remain. The gameplay looks like standard JRPG fare, but the fighters can drive tanks into battle and upgrade them out of it. 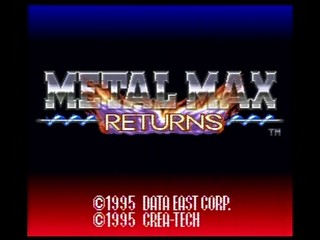 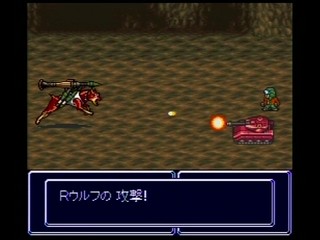 This an Any% run of Metal Max Returns for Super Famicom, played on a modded Super Nintendo to play Japanese games.   I go for getting the quick, Bad Ending.  The time starts after gaining control of your character and ends after the girl's third dialog box.  After waking up the "guy in white" moves out of my, he can be very trolling and block your way.  Heading southeast you enter a cave and here is where you can get trolled again by random battles, thankfully I didn't get to many.  At the end you fight against the Bionic Pooch (I think that's it's name) which he can two-shot you and it's gave over.  I get hit by the first and dodged the second.  After the second hit your friend Wolf shows up, tells you to take the tank.  After that you head out and head back to town.  Talk to your dad and choose the fourth option, then keep choosing the top option, after a while the girl comes down stairs, says three things and that's time.  The ending basically says "You retire from Monster Hunting and live a peacful life at home"  To Be Continued