Released on March 30, 1995 for the SNES, celebrating Mickey's 65th birthday (though released the year after), Mickey Mania (a.k.a. "The Timeless Adventures of Mickey Mouse") is a difficult, but wonderfully made platformer that has players following Mickey Mouse through his cartoon career. Racing through stages spanning from 1928 to 1990, Mickey Mouse must rescue all of his former selves throughout history (as well as his dog Pluto from the Mad Doctor) and defeat the biggest, meanest Pete ever. 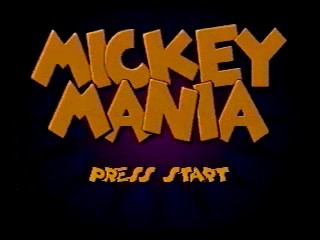 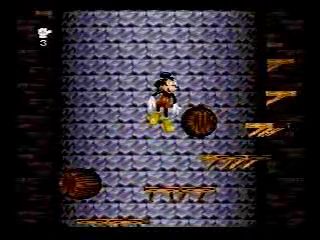 I would like to thank all of the staff here at SDA for all of the hard work they put out, to make this such a great site to log onto every day.

I would also like to thank everybody that supported this run throughout, and anybody that gave tips along the way. Also, a special thank you to sparkkirby; because without him, I would not have saved so much time from my all of my previously recorded attempts.

First off I would like to note that my run is done with the Super Nintendo version of Mickey Mania. The Tool-assisted run is done with the Sega Genesis version, which does have differences, making the two runs different enough that it's hard for me to come very close to the TAS time at all. It would take a long time to explain the many differences in the two versions, a lot of which would have saved time had it been possible to do on the Super Nintendo version. I am still very satisfied with my time for this run, and though there are mistakes, they account for very little time lost overall. Once you watch this run, watch the TAS run, and you will see what I mean by differences (not just animation styles).

There is a glitch of sorts that I found that was implemented all throughout this run. As you will notice, if you have played this game before, the pencil never appears on the screen before the start of the next level. What I did was, by holding down a direction on the control pad (it doesn't matter which way), and pressed start rapidly as usual, you never see or hear the sound of the pencil, and there is just a black screen before the scene with Mickey looking at this watch. I'm not quite sure how much, if any time was saved by doing this, though.