The Magical Quest Starring Mickey Mouse is an action platformer released on the SNES in December of 1992. Using a plethora of magical costumes, Mickey sets out to rescue his dog Pluto from evil Emperor Pete. 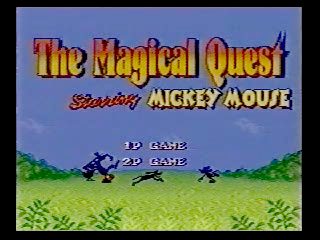 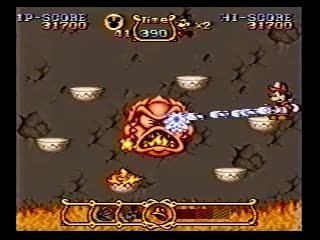 First of all, I would like to thank Zurreco for all of the great tips he has given me. Also, if not for his and Nitsuja's TAS runs, I would never have achieved the time I did. I would especially like to thank my best friend Matthew for his help in finding strategies in a couple of areas, to make them substantially faster.

Special thanks also go out to the SDA staff for having such a great site. Also, thank you Tompa, DK64_MASTER, and Blueglass for your support in my endeavor.

Though this game may be unknown to many, I know a lot of you remember how great this game was when you played it like I did in your youth. This game is always full of surprises, and I have enjoyed this game ever since it came out when I was much younger. It may look like an innocent, simple game at first, but a lot of shortcuts and strategies take skill, good reflexes, and sometimes luck to pull off. My run is nowhere near perfection but the TAS time by Nitsuja is 16:20, with many times that are unmatchable by human standards. I was able to match a few of the times, and even able to beat one of them, but came short a couple of seconds on others. Also, this run is done without obtaining heart containers in the game that increase your heart capacity by one. So I have two hearts throughout the entire run.

Comments on each level:

I hope all of you that watch this that remember this game from your childhood remember all the magic that it holds, and how near and dear it will always be to you. I also hope you all enjoy this run and thanks for watching.