Released in 1992, Might and Magic IV focuses on the events that occur after Might and Magic III as Sheltem escapes from Terra. Trouble is brewing in the land of Xeen. A mysterious villain by the name of Lord Xeen has imprisoned Crodo, overseer of Xeen, in a tower and is unleashing havoc across the land. A new band of adventurers must be formed to stop him and save the Clouds of Xeen. 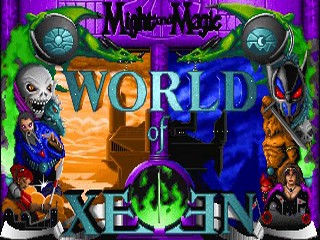 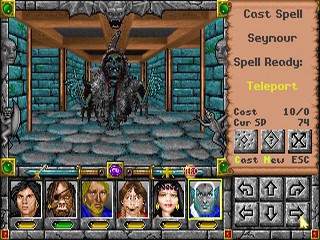 Might and Magic 4: Clouds of Xeen is the fourth game in the classic series by New World Computing

The game is normally quite long, with playthroughs taking 20+ hours to complete as the party of adventurers continuously grows stronger. However, a little knowledge can be an amazing thing and most of the fights in the game can be completely skipped with a few carefully placed spells.

This speedrun takes advantage of several tricks and glitches:
1. "Shangri-La" is a hidden city with some nice goodies. The city is accessible in a normal game, but generally the name of the town wouldn't be known straight away unless the player had been there in a previous game
2. If the party has not seen an enemy, it does not try to attack or move (the "ostrich effect"). This can be abused by walking backwards to avoid enemies.
3. By facing a certain direction, the party can force the AI to move in a predetermined way. This can be used to get past some enemies without having to fight.
4. After moving into a new square or performing an action, there is a split second where an action can be taken before enemies are allowed to move. This can be abused, for example, to shoot a monster and then close a door before it has a chance to engage the party.
5. Weapons and items can be passed between characters in the middle of a fight. In this run the trick is used to allow all characters to attack Lord Xeen with the only weapon that can harm him.

There are also some cheats that were specifically avoided in this run:
- The following portal codes are considered cheating: "I Lost It" (creates a Xeen Slayer Sword), "Lord Xeen" (teleports the party to the final boss) and "Showtime" (shows ending sequence)
- The run was recorded with the "World of Xeen" edition, however this run did not use any of the Darkside of Xeen, as that would have been a separate category. There are also a lot of huge, easily accessible bonuses right near the beginning of the Darkside, which would make the clouds portion very easy to complete.

The Speech version of "World of Xeen" was used for this run, however, speech is disabled at the beginning of the run.