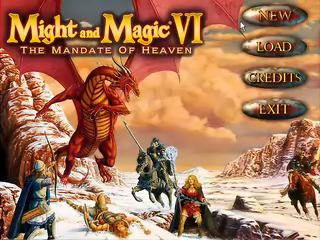 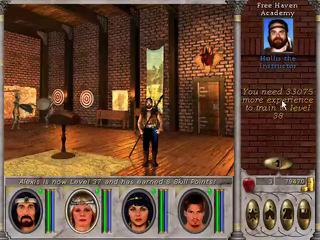 Known as MM6 to those familiar with the Might and Magic series, it is one of the best RPGs ever made by the now defunct NWC (New World Computing). It is a fairly old game from 1998, but it was very popular. Many Might and Magic gamers agree that Might and Magic VI stands out possibility as the best from the entire series.

Credits goes to AquaTiger for overall inspiration for this run and idea of using Sharpmetal spell.

I believe I did the best possible as I could, since it took me weeks of planning and trial runs before doing the actual run. Went through 3 rounds of re-recording after realizing the path taken could be improved, so this is the 4th recording.

I think the run is beatable if someone can pick up tips from a supposed 'MM6 grandmaster', who has completed the game in 5 game days.

> At the beginning of segment 24 and 25, all my party members starts at a slightly lower health due to taking unfinished damage from previous load. Either way, I decided to continue on with this run and worry about submission later. Here is the breakdown of how it happens (tested and proven):

1- Load the savegame.
2- Jump into the lava and let party take damage.
3- While taking the hits, press escape and and quickly load the same savegame
4- The party will take damage that is left over from the previous load. Sometimes it doesn't, sometimes it will. Just try again.

> There are many points when starting a new segment, at the screen before the loading screen, shows the HPs of a failed segment attempt that required a reload. Maybe this is where it can also get confusing. So long the HPs after the loading screen is the same = the HPs at the end of the previous segment, it shouldn't be a problem (other than segments 24 and 25).

> There are a good number of segments I did not record the actual saving at the end of the segment, but just pressed escape the show the MM6 menu, alt-tab and stop the recording. This can be seen clearly from the beginning and end of each individual segment videos but is trimmed out when compiling the movie to avoid the ugliness of alt-tabbing.

> Some flying routes might look weird: especiallt the one at White Cap where the harpies are. It is a deliberate attempt to avoid the harpies from cursing my party. The chances of getting cursed are simply not worth it, since I would waste time on 1-its very difficult to get any spell casted right, especially on my sorcerer/druid 2-going to a temple to get healed unnecessarily.

> Here are the reference notes I used while attempting the speedrun.
http://speeddemosarchive.com/forum/index.php/topic,9185.msg255256.html#msg255256