Released in June 1999, the 7th of the series journeys back in time. Explore a world with dragons, elves, dwarves, orcs and more. 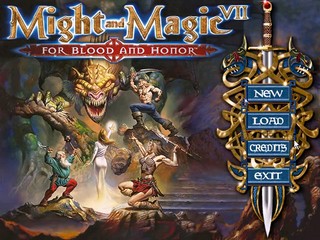 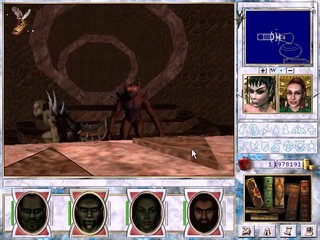 Credits:
Many thanks to "salt" and "kiri" who had a big hand in this speedrun. The original speedrun by salt opened my eyes to many tricks that are also used in my run. Also, kiri started a speedrun that also had some great ideas and had some great suggestions on the forum. Some of the excellent ideas that they had are listed below:

salt:
* Hiring a Wind Master and a Gate Master to cast Fly and Town Portal early on
* Using Town Portal as a shortcut in The Pit, Celeste and the Walls of Mist
* Training excessively to make the plot timer complete very quickly
* The "Vampires" quest shortcut
* Having many hit points is enough to run through all the quests within The Pit

kiri:
* Stealing from residents of Emerald Isle to speed up that area
* Pushing the button in the Colony Zod lift in advance to get to the bottom faster

Glitches abused in this run:
* Major glitch: The wishing well in the Land of the Giants. The well is not actually a glitch itself - it just provides some hefty bonuses and penalties. When combined with a glitch that allows unlimited use of the well it becomes a shortcut to godlike powers. Just hold the right mouse button down and then hold space to continuously use the well, even after that character dies.
* Major glitch: Blasters have a minimum recovery time of zero. It's hard to tell whether this is a bug or a design flaw, but it can be abused to create a death beam which annihilates any monster. As characters only obtain the skill to use blasters very late in the game, the scope of this glitch is limited.
* Minor glitch: Spells cast by hirelings do not cancel Invisibility (including Town Portal)
* Minor glitch: The "Vampires" quest can be completed by simply visiting the Wine Cellar.
* Minor glitch: Many mandatory quests can be completed before even receiving them. Used heavily for the light path quests.

Other tricks:
* Invisibility scrolls allow some of the hardest game areas to be skipped right from the beginning
* Shop inventories are generated the first time you visit that shop. Useful in a segmented run to force a particular item to be in stock.
* Local townsfolk are randomly generated when the game is loaded. Useful to force a certain type of follower to appear (i.e. Wind Master and Gate Master)
* The shrine in the Land of the Giants, once activated, provides return access to that area from Harmondale.

Game version 1.1 was used, which is the latest officially released version. There is a fan-made patch (from Greyface) which fixes at least one of the glitches abused in this run (blaster recovery time).