Released in July 1998 by Ocean, Mission: Impossible attempts to create the feeling of espionage and covert action as portrayed in the movie. By most accounts it ended up being a very mediocre game, but it does have some fairly enjoyable parts. You assume the role of Ethan Hunt as he unravels a plot to steal the NOC list, secure nuclear missiles, and uncover a mole in the CIA. This message will self destruct in five seconds. 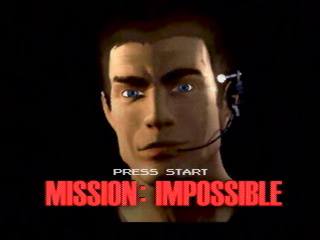 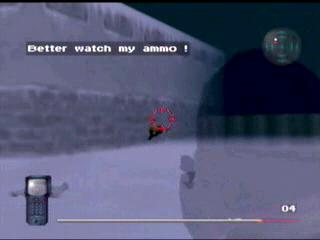 I made these segments for my friend Cyberwrath in the summer of 2004. Mostly, he just wanted to see how the game panned out (he had only played roughly 1/3 or 1/2 of it). I took it upon myself to have some fun and do the stages fairly quickly on mission impossible mode (read: hard). I never thought of sending these in to SDA because the game isn't very popular (or, in many levels, good). Brad convinced me otherwise, as is evident by this page.

As for the run itself, it's OK. It's somewhat obvious it's not a full fledged speed run because I make a point to not rush through the dialogue -- I hang on to each text bubble for several moments, allowing the viewer (ahem) to read. Other than that glaring fact these runs are pretty optimized, for the most part.

There are some cool moments in the game...and some funny ones -- funny because they shouldn't be. Brad and I much enjoyed laughing at the inane things Ethan says to himself. He'll be in a hallway, trying to be covert and distract a guard, and when he succeeds he'll shout "WAY TO GO!" or "...piece OF CAKE!"

The game also suffers from terribly embarrassing hitbox and bullet detection problems. First off, guards in some circumstances take up to two seconds to react to bullets. Also, they tend to do a back flip upon their death, for no apparent reason. The peak of this form of hilarity manifests itself in the warehouse stage, where a guard rushes up to Ethan, staring at me without moving. I quickly shoot him in the head once, and then lower my crosshair. After an awkward passing of time with no apparent reaction the guard suddenly flips violently backwards. This game is golden.

There's one more really funny part in the game -- the train station. You're supposed to cover Ethan from undercover bad guys. Good enough. But you also can't shoot civilians. Sometimes someone in the crowd will run up to Ethan, reach in their pocket and with great ado pull out a...cell phone; or a glass of wine. Why they have a glass of wine in their jacket is never revealed -- or why they like to jog before taking a sip in public.

Also, shooting one civilian means the mission is over. During a small chase, as I was shooting the bad guys and watching their stupid death animations, an innocent woman ran in front of my bullets and got nicked in the head, hitting the ground hard. I tensed up, realizing I failed...but the failure screen never came. I guess she wasn't so innocent after all.