In May 2002, Bethesda released The Elder Scrolls III: Morrowind, the sequel to Arena and Daggerfall. Fresh from the Emperor's prison, you arrive in the port of Scyda Neen with nothing but the clothes on your back and a clean slate. It is up to you how you play out your role in Morrowind's history, if and how you choose to fulfill the Prophesies of the Incarnate. 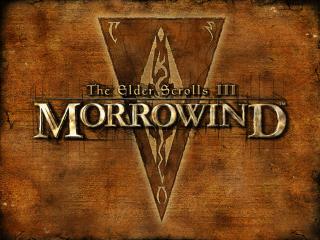 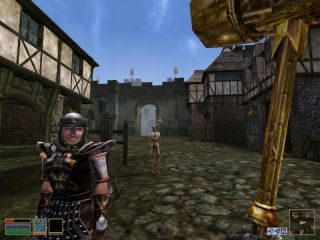 Hi,
The Elder Scrolls III: Morrowind Any% Single Segment speedrun.
When I record the game at 60 FPS the loading screen always is about 2.5 seconds long while normally playing,
it is a half a second long.

I used Morrowind version 1.0 for the 'constant item attribute bug' which I will explain.

Constant item attribute bug; It is called Sunder/Keening switch bug.
You have to have a item with a constant effect and switch it with another item which takes it's place.
Switching those items at rapid speed, the constant effect will  add up permanently.
I use that bug on keening to gain an mega amount of speed, agility, luck, fortify health and
I also use it with sunder too(Strength, Endurance and Luck).
The Fortify health also protects me from damage done by 'mortal wound'.

Potions: No matter how much speed I have I cannot be faster than something that is instant teleportation
with mark and recall. Levitation potion I used to levitate from Odrosal to Vemynal.
How do I jump from balmora to Odrosal?I used the Scrool Of Icarian Flight(it gives You 1000 acrobatics skill for
7 seconds when used)that I picked from Tarhiel.

Weapon: In Odrosal I pick Halberd  because it's closer than other weapons.

Sellus Gravius: I skip his office by going through the wall. Since I haven't given him the needed papers
I don't receive the option to save games.

Vemynal: I  kill Dagoth Vemyn with a bug;when i swing my halbert and then go to inventory and equip lock pick I can one
hit kill him(You can kill everybody in the game with one hit with this bug).I pick Amulet of Heartheal and Sunder from him.
Amulet of Heartheal gives me levitation so i can do wall clipping.

Dagoth Ur: I skip him by wall clipping.I do out of bounds alot in this run(when i have so much speed stacked + levitation I
just can go thru walls),it saves great amount of time.