Released in 2009, Muramasa: The Demon Blade is an action rpg from Vanillaware. Known for its graphics and setting, Muramasa is set in Japan at the time of the shogun Tokugawa. The dude's attempting to collect a bunch of cursed katanas to solidify his grip on power, and since these swords are cursed, the conflict inevitably draws in creatures from the netherworld. 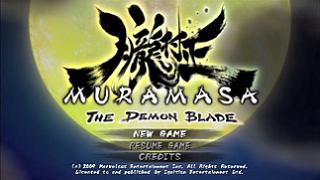 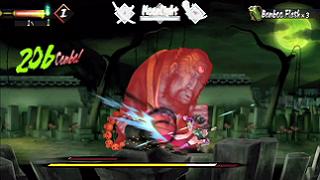 First of all I should say thanks to Rog. I had considered doing a run of this game in the past but gave up on it pretty early because I sucked. Then I saw his first TAS and decided to give it another go. So I practiced and got good enough to attempt a run on Shigurui mode like the TAS. Shigurui mode is the special unlock mode where you have only one hit point the whole game; meaning any time I take damage I die. There is no penalty for death in this game but at best it could be used to save a couple seconds if the setup for it was perfect so there is no death abuse in this game.

Overall this was a much more difficult speed run than I thought it would be. When I started the game I thought it would just be me running through each segment as fast as possible and making sure to not get hit. Then I managed to get in contact with Rog though and he explained how the RNG in this game works and that you can manipulate enemy encounters, or more precisely a lack thereof. I'll leave the detailed explanation of how that works to the audio commentary but suffice it to say any unnecessary jumps or pauses you see me do before my first fight in each segment are attempts to skip fights. Rog helped me greatly with this by finding the enemy skips for me until around act 5 when I finally got a copy of the game on emulator so I could use quicksaves to find them myself. The manipulation of enemy encounters caused me a lot of resets either because I messed up the manipulation or because I messed up after the manipulation the times I got it right. More than a few segments of this game took over 100 attempts. None of my running segments are perfect but there aren't any terrible mistakes either so I can live with them.

My boss fights on the other hand I'm very happy with. The way boss health works in this game does sort of give me a helping hand against the TAS because there a limit to how fast you can kill certain bosses; again I'll explain in the commentary. While I was working on my run Rog made an updated TAS which is what I compare my boss times to. A few of the TAS fights are frame perfect and yet all of my times through act 7 are between 1 and 20 seconds behind the TAS. Act 8 on the other hand is a whole different ball of wax. The boss health on that fight is completely different and has a strong benefit for the TAS which is 1:30 ahead of my time. I am a little sad that my act 8 boss time is so far behind the TAS but after 460 attempts I feel it's pretty safe to say that my time is as fast as it can be reasonably made in real time.