Released in November 2000 (later November 2001 for the GBA), Nancy Drew: Message in a Haunted Mansion is a point and click adventure game. The player control the titular character, Nancy Drew (shocker), as she investigates an old Victorian mansion that’s under renovation, where strange incidents are occurring, slowing down the renovation. The game is loosely based off the novel of the same name. 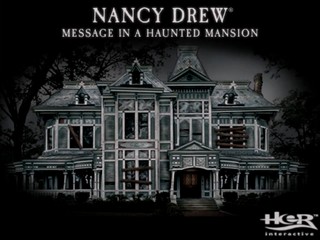 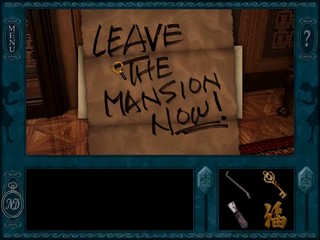 #1. Timing. The game operates according to an in-game clock. Five minutes of real time equals one in-game hour. My route is set up so I can talk to Louis and Charlie during the 4:00 hour, then snoop in their areas when they leave at 5:00. That saves time, because I don't have to make a return trip to Nancy's room to reset the in-game clock.

#2. Seance Skip. The second time you talk to Abby in the game, it triggers a long seance cutscene. I triggered the optional fire sequence early, which lets me skip the seance scene. It's a timesaver because the fire sequence is about thirty seconds shorter. Also, it lets me avoid talking to Abby a third time.

#3. Audio. I play the game with Nancy's audio turned off, which saves time during all the conversations. I briefly turn off the character audio, to save time during the phone call with Emily. I would have left the character off for the entire game, but that causes the game to crash, so I only did it the one time.