This is Oddworld: Abe's Oddysee all over again, but bigger and with 299 Mudokon slaves to free. It is definitely New and Tasty thanks to the new engine, and almost as broken as the original game. 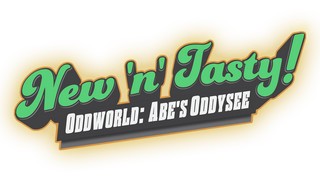 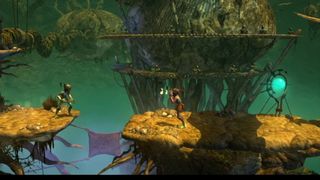 This year I have managed to get 2 new world records so far - Oddysee 100% with DDG and New 'n' Tasty any% Glitchless. This run is faster than my previous run as I managed to find a way to skip several cutscenes like I did in my glitched run.

The run went very well. I died a few times trying to jump passed the boulders in Paramonian Temple but a part from that the run was good. I done every bottle cap jump I could possible do and this run beats qwerku's RTA time and the new time is 57:15 which is a new World Record.

I believe a sub 57 is possible but I expect a no quikload run will have to be done for this.

For now, enjoy this near perfect run of New 'n' Tasty. I am now working on Exoddus 100% with Skips and hopefully I will beat my segmented time of 2:38:50 but that is SDA timing and with even newer tricks like new stop turns and quick portal closure glitches the run will be much faster than the current time on SDA.

Hi there! Samtastic here again bringing you another Oddworld speedrun. This time it's Oddworld: New 'n' Tasty! I decided to run this game again after Oddworld re-releasing it on the Epic Games Store as a way of promoting Oddworld: Soulstorm due in the Spring of 2021. I decided to run this game after not running it since 2016 and there's been some small new time savers in my previous run that I didn't do like teleporting to the first door in the first room I enter in Zulag 3. I made a few mistakes in the Boardoom but those grinders are really hard to roll through in the PC version. They have fixed the speed of the grinders in the Switch version of the game! All in all I think this run was a great run and deserves to be published on SDA. Now that New 'n' Tasty any% is done, I will now be moving back to Oddysee any% NMG which is a glitchless run and I'll try to beat the current record holder who is Namesoom. We recently managed to add the most accurate in-game time for Oddysee and Exoddus too using a special value that was discovered whilst reverse engineering the ALIVE engine that powers the original Oddysee and Exoddus. I will also be running a glitched category of Exoddus after Oddysee which is the run that does not use any save skips to beat the game. We call this in our community any% NoSS which only include the quick portal opening glitch and the stop turn and ledge glitches. Thanks again for watching this run! Any questions? You can ask me on the run video on YouTube or PM me on the SDA Forum or Speedrun.com!