Released in April 1994, Namco created the first Pac-Man game where the main objective wasn't eating a bunch of dots. Pac-Man sets out to foil the evil Ghost Witch of Netor's plans to terrorize the city with her ABC Gum monster. Along the way Pac-Man must undergo other tasks such as getting Pac-Baby milk, picking flowers for Lucy's birthday gift, and helping Junior get his guitar back from the evil ghosts Blinky, Pinky, Inky, and Clyde. 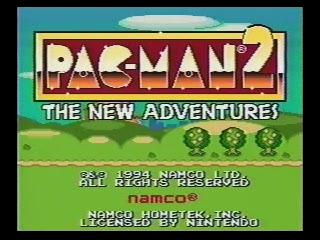 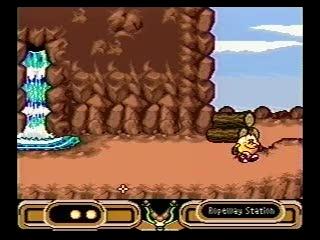 I bet a lot of people never thought this game would ever be speedran. What's difficult and sometimes frustrating about this game is the fact that you don't have direct control over Pac-Man and he has a lot of mood swings. On top of that, often times you need Pac-man in a specific mood to accomplish a specific task so the hard part in speedrunning this game was planning the fastest route which means finding the right combination of actions and moods. Also, like in any other Pac-Man game, power pellets can be used to eat the bad guys but in this game they also make Pac-Man fly across the screen faster than his normal walking speed so I use this to my advantage in pretty much every level.

I hope you enjoyed this run.