Released in April 2004, Painkiller is a first-person shooter by the Polish developer People Can Fly which defied every FPS trend in the industry at the time by going back to simpler times with no keycard puzzles, no mission objectives and no support characters. There is a plot - our hero, Daniel, is a happily married man, then dies with his wife in a car accident. He goes into purgatory and is then ordered to kill four generals of Lucifer in order to buy his way into heaven - but it has no impact whatsoever on the actual gameplay, during which the player must kill hundreds of enemies in well-designed maps with some really inventive weapons - a rotating blade which also incorporates a laser, a shotgun with a freezing option for all your Terminator quoting needs, a gun that fires grenades and huge stakes, and last, but not least, a gun that shoots shurikens and lightning. 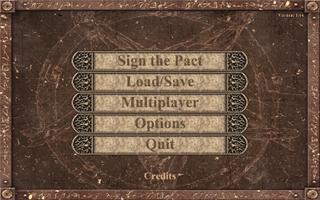 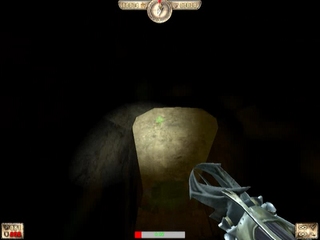 Individual-levels run on Trauma difficulty in 1:04:40:

The goal was to finally release the original Painkiller speedrun, using the newest and most modern shortcuts and also to beat the original 2006 RJ19 speedrun, which did not go to SDA, unfortunately, mainly because of the low video format in 320x240 pixels and the fact that chapter 5 is unavailable in trauma and a cheat-script program was used to unlock it. Some of my speedruns have been beaten already and there are still a few modern shortcuts left, which i was not able to execute (mainly due to FPS requirements), so i will be looking FW for new releases, perhaps a full Nightmare run with 23 levels by someone else. Originally i wanted this to be a common run shared between me and The Void, but later he declined, so now i am actually glad (lol).

C1L3 Catacombs: Quite a long run and there are no shortcuts in this level. Some walls are climbable but invisible barriers block the way. I think I did
pretty good with this one, missed few shots here and there but the big battle before the final enemy went quite good and I even had to wait for the
last shield zombies to spawn. Possible improvements: I had to backtrack a bit to kill the 64th monster, few seconds lost. My movement wasn't very smooth
when running down the tunnel, few seconds lost.

C2L2 Opera House: A level with major dangerous shortcut. After picking the bronze armor you can be hit by only one ninja dart before the jump to the opera stage or it's game over.
Final battle went almost perfect, missed only stake. Possible improvements: Got stuck to a group of ninjas a bit at the top of the stairs, 1 second. Missed that one stake, 1 second.

C2L3 Asylum: No shortcuts here and the ceiling zombies move around randomly. Also the ghosts in this level make huge amounts of damage but I was lucky to avoid that. I manipulate
the electro heads a bit. When they get close to you, they explode so I pass few of them very fast and they die by themself taking few leppers with them. Possible improvements:
Jumping from the start to the tunnel could be a tad faster, 1 second. I shot the wall with the 91th enemy and stuck to the doorway a bit, 1 second. 3:00 was gonna be my final
take on this level but my PC corrupted that video so I had to redo this and luckily I got 2:57.

C2L4 Snowy Bridge: This has a lot of shortcuts. The most annoying one is the wind tunnel door opening before it should. You should notice in the video that the kill count increases
by itself. This is random and I'm not still sure what causes it. IMO some enmey spawns inside or too close of a exploding barrel and causes a chain reaction with more barrels and
enemies. Possible improvements: It's so god damn annoying to run this level as far as the tunnel and then realise that the door doesn't open so I don't want to think about my mistakes
and improvements.

C3L1 Train Station: No shortcuts in the level. I did pretty good with spawn point abuse and shooting the flamer dudes and commandos on the ledges. Enemies in Station
make huge amount of damage so it's quite important to keep almost 100H/150A when entering the second last area. Blasting enemy number 69 with rocket launcer wasn't intentional, just a stupid mistake.
Possible improvements. Missed one stake before second checkpoint, 1 second. I was quite far from third checkpoint when it appeared, 2 seconds. Had to fix my aim with 155th enemy, 1 second.

C3L2 Abandoned Factory: Longest level in the game. Yeah, no shortcuts. This level is scripted in such way that even if it would be possible to go over some gate and skip a area, the end portal won't appear
without 361/361 kills. Possible improvements: This is so long and frustrating level that maybe 5-10 seconds could be improved with 100 % accuracy and perfect movement.