Papers, Please focuses on the work life of an immigration inspector at a border checkpoint of Arstotzka, a fictional country, in the year of 1982. As any inspector the player can inspect arrivals' documents and use an array of interrogation techniques, such as additional questions, request fingerprints and even use a full body scan. The game has lots of challenges including several moral dilemmas such as whether to allow a supposed spouse through the checkpoint despite having the required documents. At the end of the day, only one thing matters, and that is Glory to Arstotzka! 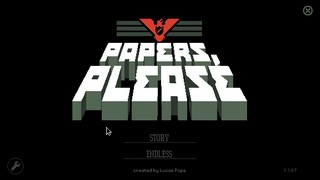 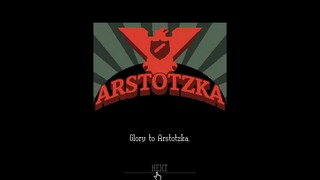 Papers, Please is a puzzle video game developed by indie game developer Lucas Pope. It focuses on the emotional toll of working as an immigration officer, deciding whom to let in and whom to exclude from entering the fictional dystopian country of Arstotzka. The game was released on August 8, 2013, for Microsoft Windows and OS X, and was released for Linux on February 12, 2014.

Incidental goals (which I did not aim for, but accomplished nonetheless):

Runs of other categories for this game that I would like to see people attempt: