In the year 1998, the evil mutant Eve sets her sight on world domination starting with the city of New York. All that stands in her way is our brave heroine Aya Brea, who alone has the power to put an end to Eve's evil plans. Can Aya make it through Eve's army, mostly general city wildlife (and dinosaurs), to save the world? 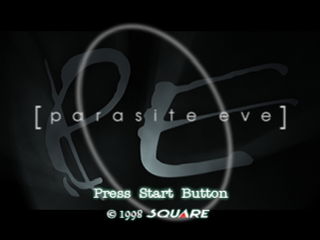 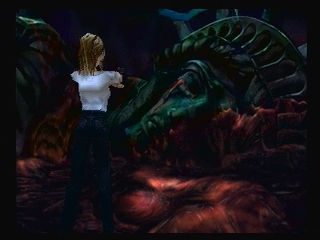 RaneOfSoTN, Carcinogen, and Sir VG – for giving me advice and encouragement while I was working on adding this great game to the SDA library.

nfq – for doing the Parasite Eve TAS that I adapted much of my weapon progression from.

suarara – for posting Parasite Eve speed run videos on Youtube that helped me with a few parts of my route (most notably skipping chasing Klamp at the start of the Museum).

Flip, nate, Mike Uyama, and Breakdown – for all the countless things they do for the SDA site and community.

Last but not least, all of my other great friends in the SDA community (Essentia, MercuryZelda, PJ, UltraJMan, Lag.Com, Emptyeye, and many others). You all make gaming the social and fun experience that it should be!

I could probably improve this run by a few minutes through grinding for an Offence Up +2 in Day 1 (to speed up a few battles in Day 2), using a more complex Day 5 weapon progression that includes Super Tools (so that Random can be added to my machine gun in order to get more shots off against the bosses, then switched back to Burst for Eve IV and the U.B.), and having faster/cleaner menu work; but overall I'm quite satisfied with beating the Ultima Garden time attack by 20 minutes and coming in 17 minutes behind the TAS.

Thanks for watching! If you have any questions about this run or Parasite Eve in general, feel free to contact me through any of the following: