Released on February 12, 2008 by Frictional Games, Penumbra: Black Plague is the second installment of the Penumbra series of episodic survival horror games. The story continues from the previous episode, Penumbra: Overture, showing the protagonist Philip moving away from the abandoned mine setting of the original to explore an underground research base. 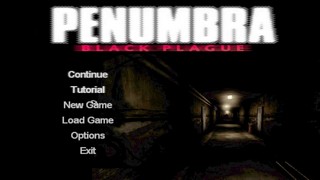 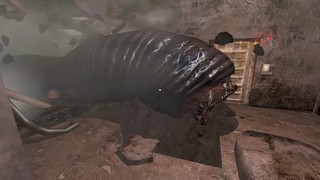 Segment 1:
- First room: The first clip saves me the trouble of re-entering the area again and is probably the smaller timesaver of the two. The second clip which throws me directly to a load zone allows me to skip opening the vent and picking up the glowstick.
- Vents: Holding a brick against the steam leak allows me to pass throgh without taking damage.
- Sewers: Flying over the pit skips the entire dream sequence.

Segment 2:
- No tricks here, just picking up the hand and getting ready to pick up the head. It's possible to get inside the infirmary without unlocking the door from the computer room but sadly there's no way out if you do so.

Segment 4:
- Chemical Laboratory: This is where the time is saved. The first clip skips ever opening the first door, thus skipping kennels and research facility completely. It also gets me past the trigger that locks the next door so I don't have to pull the switch in that room. The second clip is a lot more difficult but saves a lot less time, it only skips the last switch room, having to open one door and having to barricade the door to the lab.
- The corridor: Sadly, I managed to get lost here. My plan was to turn left as soon as I could but as I got disoriented by the flash, somehow I ended up going right instead. This cost me about 5 seconds, but since the clips in the lab were very fast, I gave up on trying to improve the segment and let the mistake slide.

Segment 5:
- Hivemind challenges: In the first challenge I skip a bit of dialogue by giving the steel bar quickly enough. The second and third challenges are almost completely skipped thanks to a conveniently placed switch and a block.
- Final area: It's possible to clip through the wall straight to the computer, but unfortunately it's impossible to touch one of the doors in that case.