Released on August 27, 2008 by Frictional Games, Penumbra: Requiem is an expansion pack to Penumbra: Black Plague and the final part of the series. Gameplay is similar to the first two games, except the focus is exclusively on puzzle solving and there are no enemies. 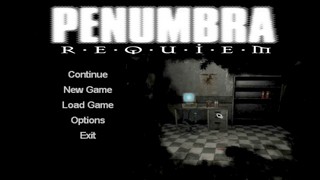 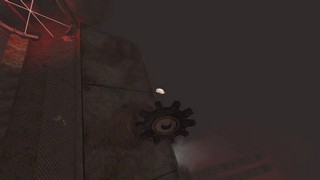 - The Tomb: The largest piece of the block is very good for item flying.

- Residential: This is where most runs ended, clipping through the wall with a chair isn't too easy, especially since I must not fall to ground level after the clip. Aside from that clip, item flying breaks the level. Getting the block on the switch is a bit annoying since it must be the right way and have enough speed.

- Vertical Shaft: Throwing the box takes some precision, it needs to go high enough to break but not too high, otherwise it will hit the beams. Flying goes very nicely here, even though my ambigous attempt at the end fails.

- Sewer: Got up from the water very quickly. Good flying, aside from having to fix my position on the box after the first key.

- Surface Station: Nothing special here, except for the pipe getting stuck on the shelf at first.

- Power Station: I need to grab the radio to open the door to the portal. It's possible to clip through it instead, but doing a bit of blind flying is a lot easier and faster. I'm intentionally slow with the three switches, if I pull them too fast the ball won't have time to go through.

- Steam: Yep, more flying. Very close to the end the biggest mistake of the run takes place when I get stuck while flying. Cost me about 8 seconds.

- Closure: First I fly a bit with a box, then I fly a lot with an explosive barrel. Nothing out of the ordinary.