Released in March 2004, Phantasy Star Online 3 takes place on Ragol, a planet filled with mystery. The Pioneer Project was a plan created out of desperation to save the people of planet Coral. However, the second Pioneer ship, Pioneer 2, spontaneously exploded when it arrived. Now, 21 years after the events surrounding the mysterious explosion of the Central Dome, a new generation has come to decide the future of the planet. Controlling either weapons or monsters you fight to find the truth behind the Pioneer Project. 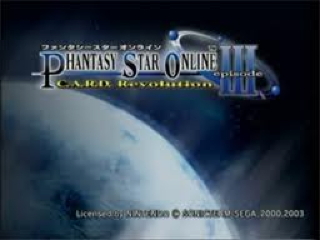 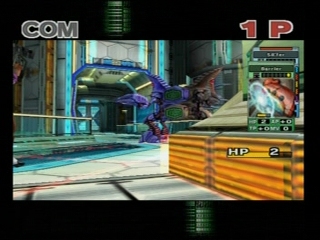 PSO is, not unlike other people who played it since Dreamcast days, very important to me. It holds a lot of precious memories with me, and still remains one of my most favorite games of all time. I could never forget about it. When I heard about PSO3 being a card game, unlike most people, I was actually very exicted to hear about it. The day came out when it was released and I played it like mad. After a while of its release, and I was beginning to move on to other games, a friend of mine mentioned that I should attempt a speed run for the original PSO

I'm usually not the speed running type, but being close to my heart, I thought I'd give it a try. I gave it a few attempts, and wasn't really too serious about it. After a while, I gave up. So my friend came to me again and said I should try Episode 3 since I seemed to be better at it.

Move forward and we now have this run. Looking back at this run, I seem to have gotten pretty lucky in a lot of crucial fights with the dice rolls. A lot of my fights started with a 5 or 6 roll, so it allowed me to get my better equipment cards going.

Used the default deck for this entire run, save for the fights I couldn't use Silfer. I just went and threw whatever cards were decent for the deck user, and went with it. Worked pretty well actually.

Through this whole run though, I knew there were three particular fights that I may have trouble on. The Arkz invasion, the Knight, and Pollux were my biggest concerns through the entire game.

The knight was going down remarkably quick and I was getting somewhat decent rolls. At 1:33-1:38, I felt I had him down the next turn. However, it didn't work out that way, and I lost a good 1-3 minutes in the fight because of it. He ends up using rampage the turn previously, knocking out all 4 of my equipped items. I get a good roll, but it's going to take another 2 or 3 turns to beat him down now, since he can only be hit by physical attacks every other turn. Fight takes a little longer than I wanted to, but finished with a decent time.

The morgue attack... oh boy. This one scared me more than Pollux honestly. The first fight starts off pretty rough right from the get go, As Glustar being the idiot he is goes right into battle killing himself for me. This, in retrospect was actually pretty good, considering he uses my precious turns equipping weaksauce items, and doing nothing to help me anyways. He dies, I laugh. My rolls weren't bad persay at the beginning, but they weren't helping considering my enemies were getting lucky high rolls. After Glustar dies, I start to roll high (figures), and I happen to take them both down when they have no guard cards to throw out. Yay, easy first fight.

Second fight went smoothly, I don't have to worry about Guykild dying really, and he actually does some useful stuff, unlike Glustar. Then, as for the last fight against Break. Lucky me really. He got some bad rolls, and made the silly move of playing Dice Fever, which allowed me to completely shred him.

Then Pollux comes along. This fight went very well even though at first it looked to be pretty bad. You actually want to get the second move in this fight so Pollux moves close without attacking you, and you want to make minimal movements, or she'll eat you. A few good 5's and 6's rolled, and she goes down. All in all, I think this was a job well done, and it was a very lucky run. Plenty of good rolls, not bad drawing luck either.